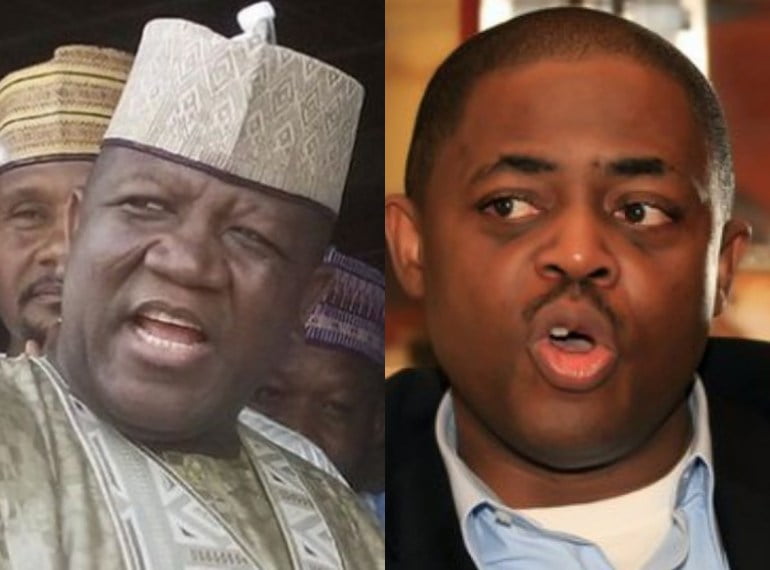 Abdulaziz Yari, a former governor of Zamfara State, has denied assaulting an official of the Federal Airports Authority of Nigeria (FAAN) at the Mallam Aminu Kano International Airport.

Naija News reports that FAAN in a statement on Wednesday accused Yari of assaulting an airport officer who tried to disinfect his luggage.

FAAN said Yari pushed the official away, claiming he was a very important personality.

Speaking on the incident, Femi Fani-Kayode, a former Aviation Minister, stated that he would have banned Yari from Nigeria airport if he was still a minister.

But in a statement on Thursday through his media aide, Mayowa Oluwabiyi, the former Zamfara governor admitted that he passed through the airport but did assault any airport official as he followed all the COVID-19 preventive protocols set by FAAN.

He demanded an unreserved apology from FAAN authorities for allegedly publishing falsehood about him because the said incident never happened.

Yari also threatened to drag Femi Fani-Kayode to court over his tweet on the issue.

The statement read, “His Excellency Abdulaziz Yari finds the (FAAN) tweet odious and distasteful, he, therefore, demands that FAAN retract the offensive tweet and tender an immediate public apology to him for the falsehood published about his person.

“His Excellency Abdulaziz Yari also noted the unwarranted and needlessly vicious attack on his person and reputation by the former Minister of Aviation, Mr. Femi Fani-kayode via his Twitter handle @realffk as a result of the tweet from FAAN earlier on Wednesday.

“We wish to re-affirm that H.E Abdulaziz Yari, the former governor of Zamfara State is a law-abiding Nigerian who will never resort to violence on any issue whatsoever.

“H.E Yari holds the Federal Government of Nigeria in very high esteem and supports all steps taken by the Presidential Task Force on COVID-19 to fight the deadly pandemic.

“However, the vicious attack on the person and reputation of H.E Abdulaziz Yari cannot be winked at.

“Mr. Femi Fani-kayode will hear from H.E Yari’s lawyers in due course in order to set the record straight.”