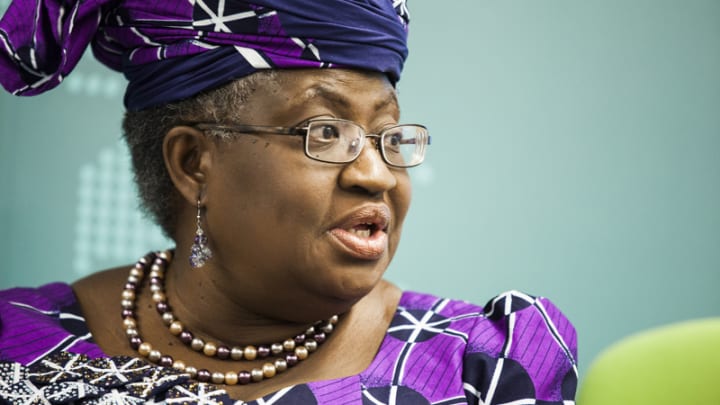 Nigerian economist and international development expert, Ngozi Okonjo-Iweala has stated that a credible candidate should be elected to head the World Trade Organisation, WTO, irrespective of gender or country.

According to the former Minister of Finance, the lucky candidate for the position should be base on his/her credibility.

Naija News understands that Okonjo-Iweala is one of the eight candidates contending for the position of the Director-General of the WTO.

Speaking with newsmen on July 15, in Geneva during the WTO General Council, Okonjo-Iweala who is also a Special Envoy to Mobilise International Economic Support for Continental Fight Against COVID-19 stressed that candidate for the position should emerge only on merit, irrespective of their gender, race, or country of origin.

“Choosing a Director-General for WTO should be on merit. The best person should be chosen to lead an institution that’s having challenges,” said the icon.

Speaking on her qualities as a candidate, she said: “The WTO needs leadership and I’m someone with a strong managerial capability with the ability to forge consensus and reforms. These bundles of qualities in addition to my leadership quality is what I’m bringing to the WTO.”

In another news, Naija News reported that the Senior Special Assistant on Media and Publicity to Nigeria’s Vice President, Yemi Osinbajo, Laolu Akande, has revealed that his principal’s intention is to support President Muhammadu Buhari to till the end of their tenure.