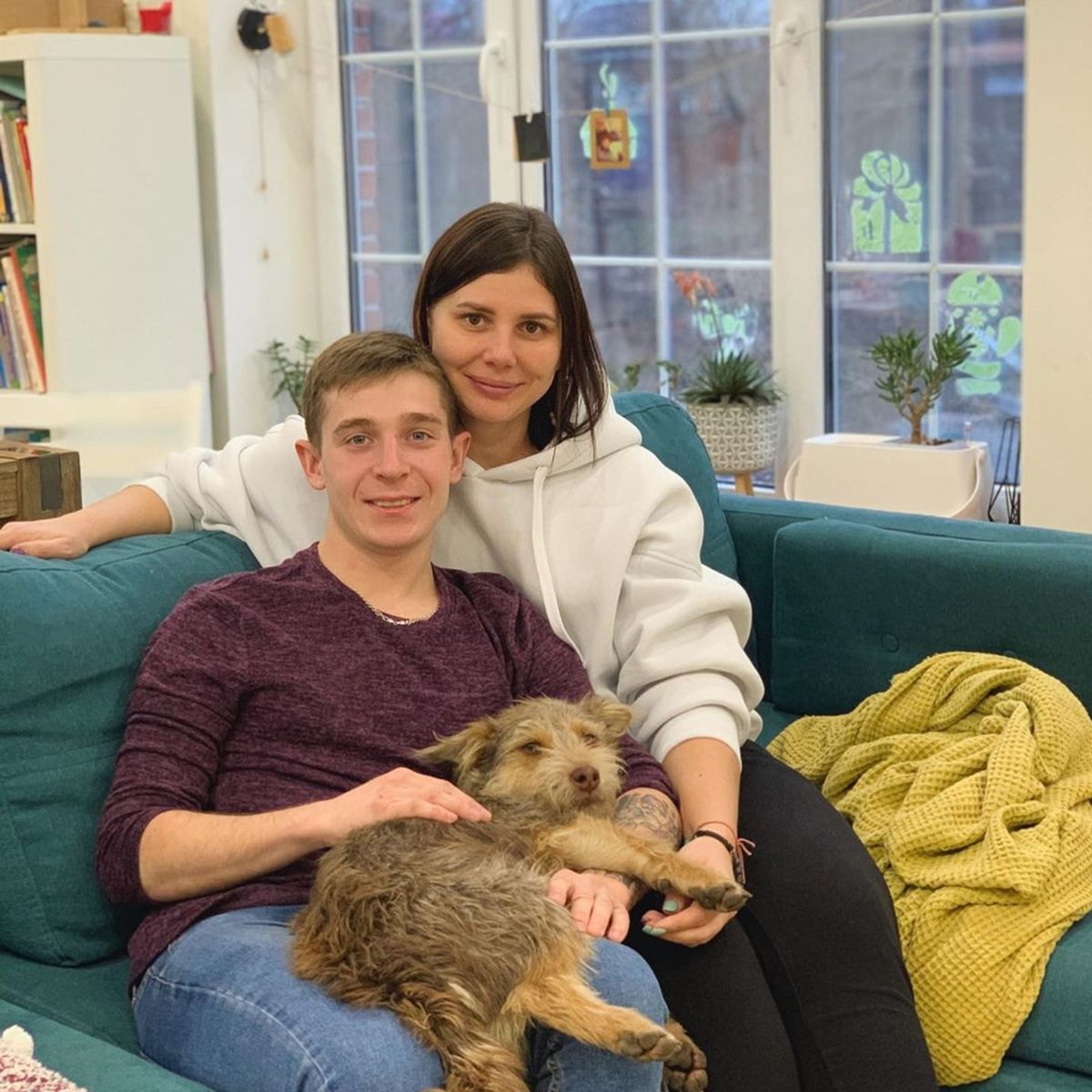 A Russian woman whose name is identified as Marina Balmasheva has married her stepson 10 years after she divorced his father.

According to the report by Daily Mail, the two whose love story has become a street talk were joined at a local registry officer.

Naija News understands that the young boy, Vladimir Shavyrin, 20, got married to his father’s second wife who is 15-year-older than him and the two are presently awaiting their first child.

It was reported that Marina had in early May this year posted a picture of herself with Vladimir when he was just seven years of age.

Celebrating their wedding, the 35-year-old lady wrote: “We drove to the registry office, I didn’t even have a hairbrush with me. The rings were in the car. There was a good mood and a little embarrassment.”

“After the registry office, we dressed in typical wedding attire and enjoyed a nice reception at a local restaurant with several guests. We are expecting a baby and we now want to move to a bigger city,” Marina noted.

Reports revealed further that Marina who hails from the western region of Krasnodar Krai, had lived with Vladimir’s father, Alexey, 45, from 2007 for over 10 years, before they finally go separate ways.

According to her while sharing her wedding news with Vladimir, they were not on speaking terms with the father. She said, “I think he does not like what we have done”.

Meanwhile, Naija News reported earlier that Ogun State Police Command has arrested a man identified as Badmus Folarin, for allegedly inflicting severe injuries on 10-year-old male child who leaves with the family, over a tin of milk.