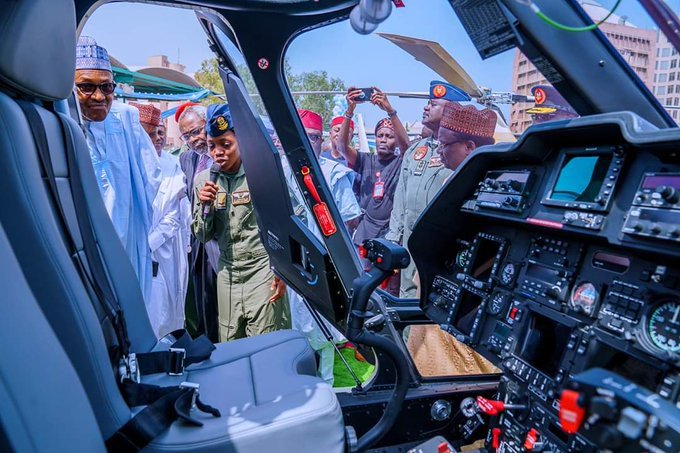 However, on Wednesday, NAF Director of Public Relations and Information Air Com. Ibikunle Daramola said in a statement that an unnamed ex-classmate was reportedly reversing the car when it hit Arotile who fell and hit her head on the tarmac.

Reacting to Arotile’s death, the Presidency said on Wednesday in a statement issued by the Special Adviser to the President on Media and Publicity, Femi Adesina, that President Buhari was in “deep pain” over the death of Flying Officer.

“President Muhammadu Buhari received with deep pain the passing of Flying Officer, Tolulope Arotile, condoling with the family on loss of such a promising officer, whose short stay on earth impacted greatly on the nation, especially in peace and security.

“The President salutes Arotile’s bravery in the field to protect the country from onslaught of bandits and terrorists, assuring that her memory will be indelible, and her efforts remembered.

“President Buhari commiserates with the Nigerian Air Force, airmen, airwomen and all friends of the deceased, recalling her deft skills in manoeuvring combat helicopters, which he had physically witnessed with pride.

“The President sympathises with government and people of Kogi State on the loss.

“President Buhari prays that the Almighty God will receive the soul of the departed, and comfort the family she left behind”, the statement added.

Like President Buhari, the Chief of Air Staff, Air Marshal Sadique Abubakar, wrote of Arotile, “She was a very intelligent, disciplined, confident and courageous young officer who added value wherever she served.

“As a squadron pilot in Operation GAMA AIKI in Minna, Niger State, she flew her quota of anti-banditry combat missions to ensure a safer, more secured Nigeria.”