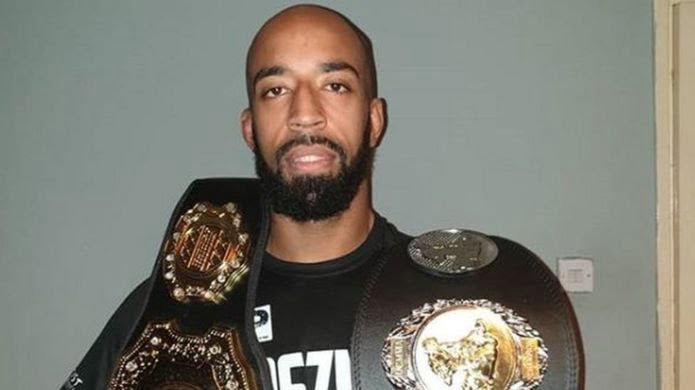 Naija News learnt that the British wrestler, Shepherd, nicknamed Nightmare was Stabbed to death after his birthday party at  Black Prince Estate, Kennington, just after 22.30 BST on Saturday.

According to an eyewitness account, paramedics tried to save him, with his mother shouting, “please keep going, please save my baby.”

Mourners returned to offer tribute on Monday to Shepherd, leaving bouquets and candles. A photo of him holding championship belts was placed at the memorial.

Shortly following Shepherd’s death, a 26-year-old checked into a local hospital with stab wounds. No arrests have been made as of yet, police said. A murder investigation is ongoing. A GoFundMe account has been set up to help with funeral costs.

Shepherd had a 6-2 record in his fighting career and won titles in both CEA and UCMMA in his last two bouts.