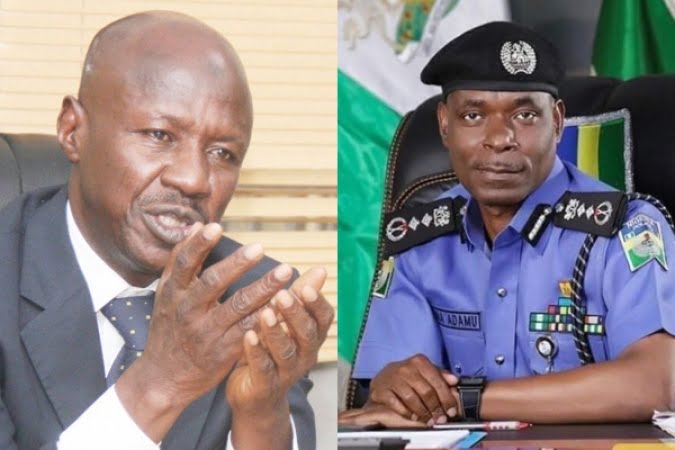 The Inspector-General of Police (IGP), Mohammed Adamu, has insisted that he have no hand in the continued detention of the suspended acting Chairman of the Economic and Financial Crimes Commission (EFCC) Ibrahim Magu.

Magu is being investigated by a presidential panel-led by Justice Ayo Salami following corruption allegation against him from the Attorney General of the Federation, AGF, and Minister of Justice, Abubakar Malami.

Naija News recalls that Magu had through his legal representative, Oluwatosin Ojaomo, a few days ago following his arrest and suspension, approved by President Muhammadu Buhari, pleaded with the Police IG to release him on bail.

Ojaomo requested that the Police IG should grant his client bail base on self recognizance.

Reacting in a letter addressed to Ojaomo, IGP Adamu stated that only the presidential panel has the powers to grant Magu bail.

“The Inspector-General of Police directs that your attention be drawn to the fact that the Nigeria Police Force is not investigating C.P. Ibrahim Magu (your client) and he is not accordingly, not being detained by the police but by the presidential panel that is investigating the activities of the Economic and Financial Crimes Commission (EFCC).

“The Inspector-General of Police, therefore, advises that you consider re-directing your request to the Chairman of the presidential panel for appropriate attention.

“I am to convey the assurances of the warmest regards of the Inspector of Police, please.”

The IGP letter was signed by DCP Owohunwa, Principal Staff Officer for the Inspector General of Police.