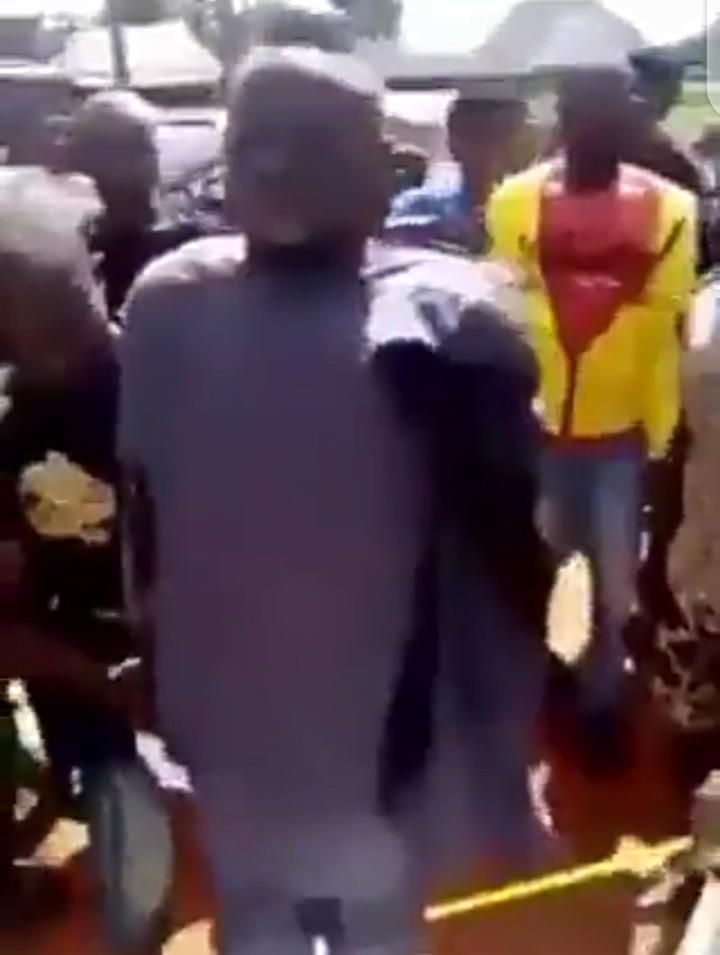 A now viral video on the microblogging site, Twitter, has caused a barrage of reactions among netizens after a family in a community in Anambra State were captured forcing a dead man out of his casket

According to a source that shared the video on social media on Tuesday, July 14, the body of the deceased was forced out of the casket after allegedly refusing to be conveyed to his home land where other family members awaits his body for proper burial.

Naija News learnt report that everyone involved in attempting to transport the body of the deceased to his home town while still in the casket to were spiritually faulted.

Some people on the social media alleged that the body had refused to be transported because the person involved died untimely death and to successfully conveyed him, the gods must be appeased.

Some other persons who seems to be in the know claimed that all that is needed is to hang a leaf on the vehicle transporting the body and there wouldn’t be more trouble.

Watch below the graphics video of the moments the body was lifted out of the casket and an individual;

"@gidifeedtv: Graphic Video: Dead man forced out of a casket after allegedly refusing to be transported home for burial in Anambra State.

It was alleged that all ambulances brought in to convey him to his hometown for burial, became faulty after his casket was placed in it. pic.twitter.com/TE6ppVuFED