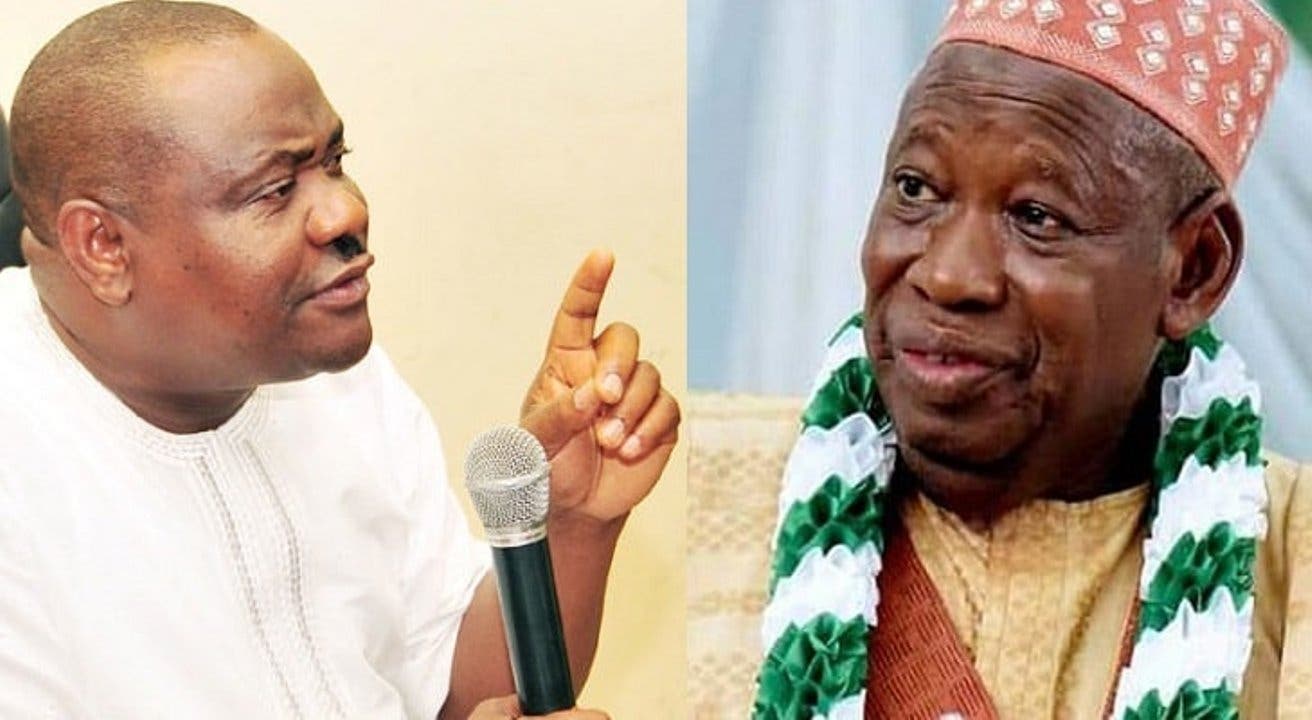 Anybody with wide knowledge in the field of Comparative Politics will know that Karl Deutsch, in one of his publications, talks about how behavioural sciences give ideal on how people feel, perceive, and act, individually and in groups.

As Edo state gubernatorial election draws closer, NaijaNews looks at muscle flexing between Abdullahi Ganduje – the governor of Kano State who doubles as the head of the All Progressives Congress (APC) campaign for Edo election and his Rivers State counterpart, Nyesom Wike, who has been selected to lead the People’s Democratic Party (PDP) campaign team.

They both have been in the news lately with a series of allegations and counter-accusations ahead of the September 19, 2020 governorship election. Hence, the election is beyond Godwin Obaseki and Pastor Ize-Iyamu.

While Ganduje is notorious for his stubbornness, federal support and alleged bribery video, Wike is from the oil-rich state and his party already adopted an incumbent governor who has since been the custodian of the state’s treasury.

Beyond, Wike is also a powerful force in the PDP, such that it is widely believed by many that he pays the piper and determines the tune.

History has it that Wike as one of the financiers of the opposition has once used his power to move his party’s national conventions from Abuja, the Federal Capital Territory (FCT) to Port Harcourt, the Rivers State capital.

For Ganduje, many believe that he’s always having the back of the presidency and that was the main reason why bribery allegations against him could not stop him from winning his second term bid in the state. In fact, he won his closest river with a massive difference.

From recent happenings, it has been observed that the upcoming election campaign would be more character assassination than manifestoes to the masses.

It would be a reverse of what was obtained in 2016. Now that Obaseki is in PDP, the APC has now become opposition in the state and its leaders will try all in its capacity to reclaim the state.

Now, will Ganduje adopt the tactics used to defeat his former boss and former governor, Rabiu Kwankwaso, and his flamboyant Kwankwasiyya Political Movement in Kano State, to defeat Governor Obaseki/Wike in Edo state?

Both Ganduje and Wike had their first encounter ten months ago over reports of an alleged demolition of a mosque in Port-Harcourt, the two men are again poised in separate corners as they lead the campaigns of their respective parties in the Edo State governorship election.

Wike is a political bulldozer who withstood the federal might and is most likely to deploy this energy towards the Edo election. Unarguably, tenacious Ganduje would not let go and garrulous Wike would be prepared to crush whatever obstacle on the way.

To some analysts, the battle will go a long way to shape the 2023 general elections in Nigeria because while the APC aim to reclaim the state and send a signal to political nay sayers that 2023 is already wrapped up, the PDP will also want to ensure that it used Edo as a testing ground to assess 2023.

As different permutations go on, Nigerians await who will wear the crown in September and the party that will occupy Edo government house by November 11th.