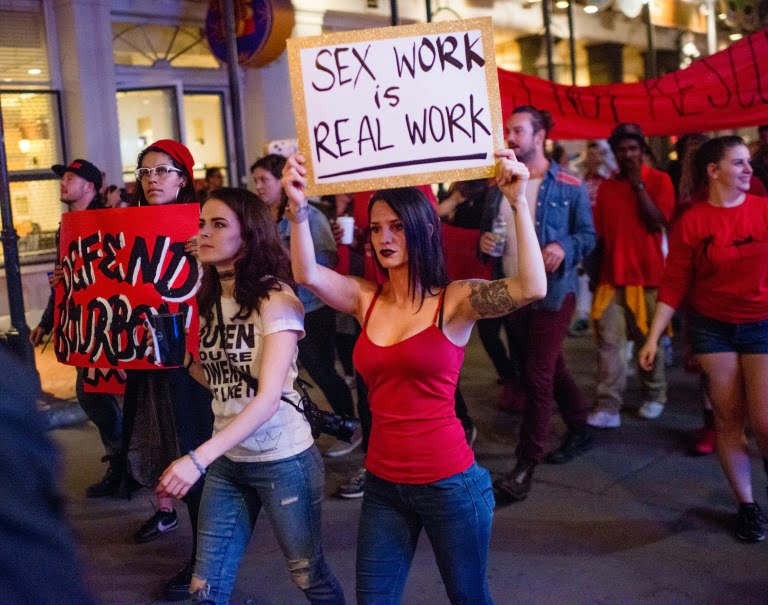 Sex workers have taken to the streets to demand the reopening of brothels amid the spread of Coronavirus (COVID-19) pandemic in the world.

Naija News reports that prostitutes demonstrated in Hamburg’s red-light district yesterday, demanding that Germany’s brothels be allowed to reopen after months of closure to curb the spread of coronavirus.

The sex workers say they are being singled out and deprived of their livelihoods despite not posing a greater health risk with shops, restaurants and bars all open again in Germany, where prostitution is legal.

“The oldest profession needs your help,” read a notice held up by one woman in a brothel window in the Herbertstrasse, which was flooded with red light after being dark since March.

Some of the sex workers who protested, wore theatrical masks while one played folk songs on a violin in the street just around the corner from the Reeperbahn, famous for its nightlife.

The continued closure of licensed premises is forcing some prostitutes onto the streets, which is illegal and a far more dangerous and unhygienic way of working, the Association of Sex Workers, which organised the protest, said.

“Prostitution does not carry a greater risk of infection than other close-to-body services, like massages, cosmetics or even dancing or contact sports,” the association said in a statement. “Hygiene is part of the business in prostitution.”