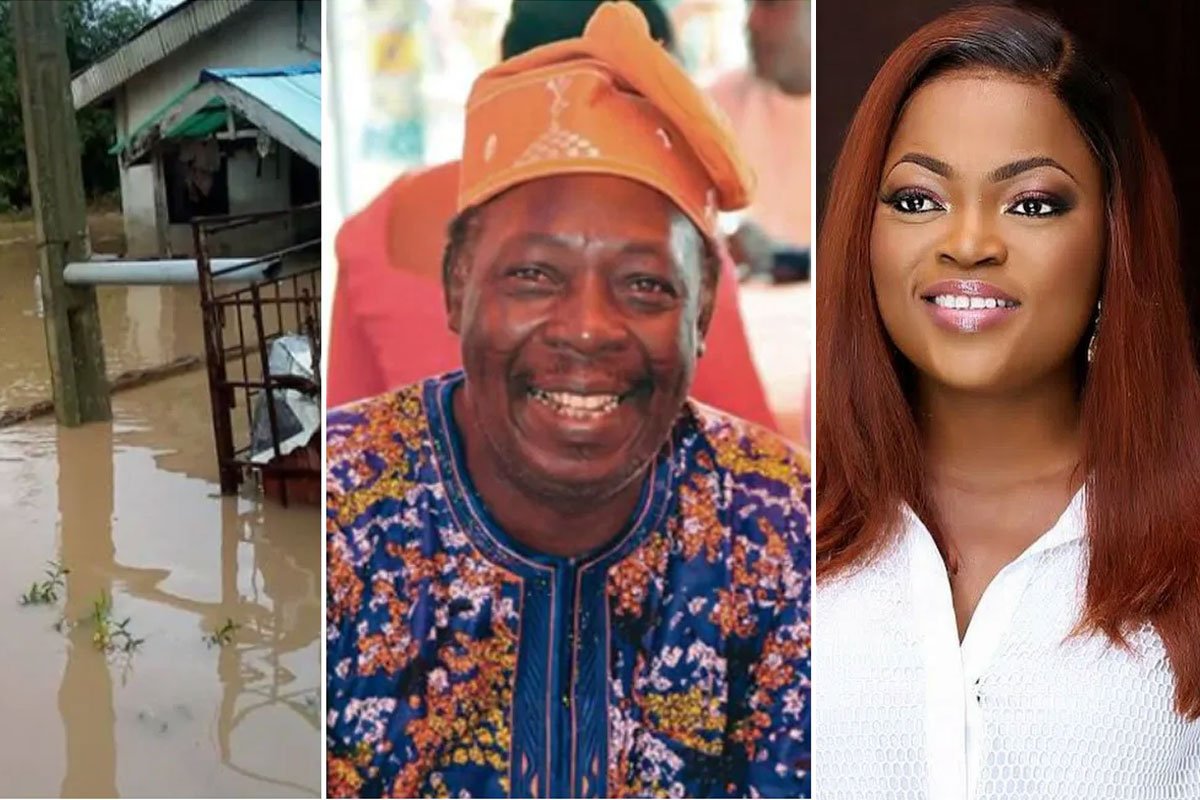 Some reports on social media had claimed that Funke Akindele, popularly called Jenifa, had bought a new house for the veteran actor.

Recall that Pa James’ son Samuel Ajirebi had called out to the government for help as flood overtook his father’s house last year.

The plight of Pa James left many dearly worried after his house was swept by flood in Oke Isagun community of Oke Odo, Lagos State. However, after learning about the unforeseen event about the veteran actor, Funke gifted him a new apartment solving his accommodation problem.

Speaking on the gesture, Pa James disclosed that Jenifa did not buy a new house for him as it was widely circulated online.

He said, Funke only assisted him with finances to rent a new apartment.

According to Pa James, Funke came to his aid when she heard about the incident of his home being flooded by rain.

He appreciated the Scene One CEO gesture, as well as all Nigerians and actors who showed support and love for him.