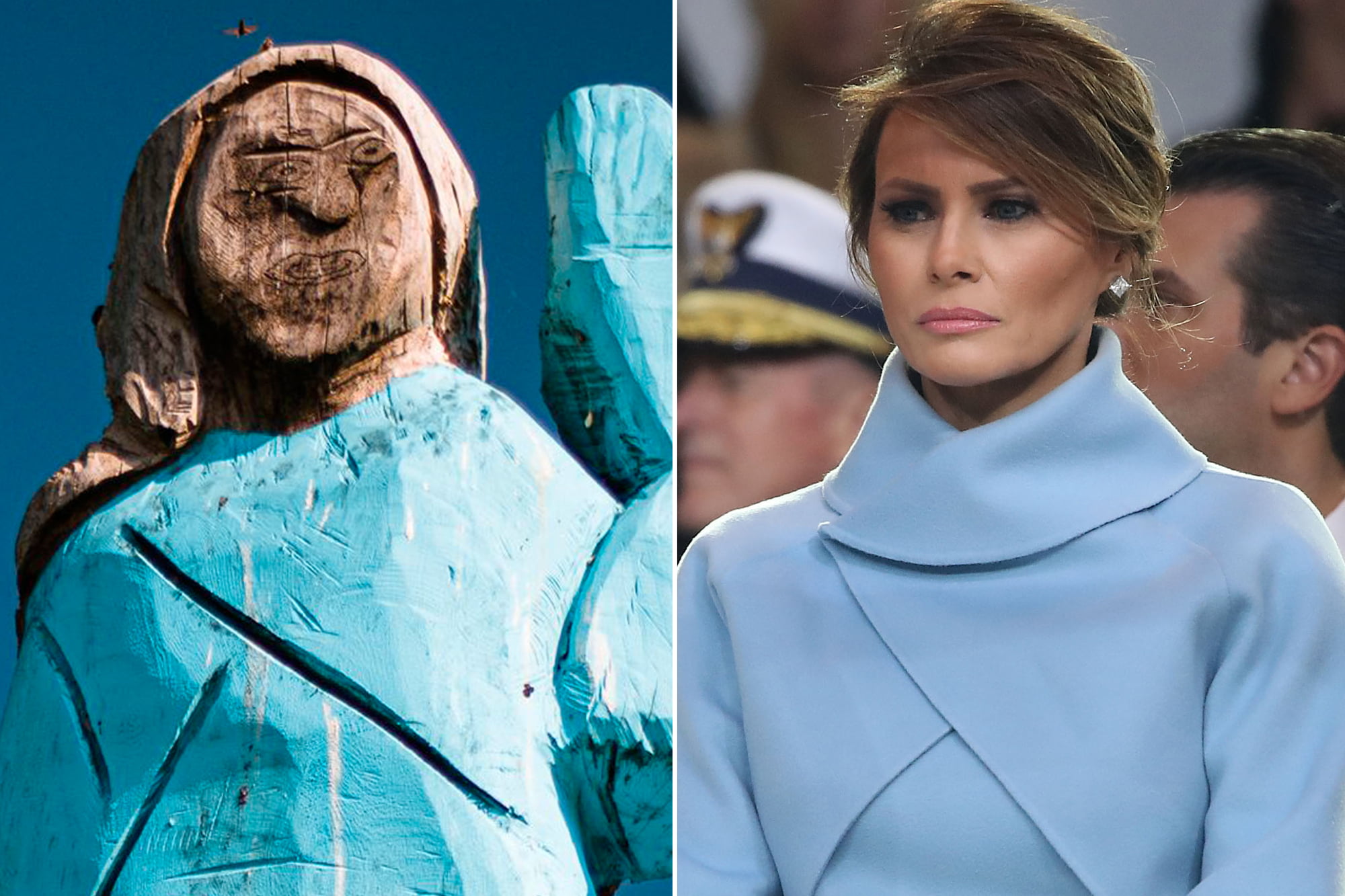 The Statue of the American first lady has been burnt down.

Naija News Understands that the damaged statue is a rough-hewn sculpture in the image of Melania Trump. The wooden statue of Melania Trump in Slovenia was erected near the US First Lady’s hometown of Sevnica a year ago as part of a project aimed at exploring her roots by the American conceptual artist Brad Downey.

But the statue sparked mixed reactions. While some saw it as an effective parody, others said it looked like a scarecrow and should be removed.

Downey, who coincidentally was in Slovenia when the statue was set on fire, managed to rush to Sevnica and remove it before pictures of the damaged sculpture went viral.

“I would not like pictures of the horrific burnt face to become a ‘meme’,” the 40-year-old artist told Nigeria News, dismissing media speculation that he himself had burned it down as part of his project. He said the attack may have been linked to the July 4.US Independence Day celebrations.

However in a reaction to the development, President Donald Trump has vowed to punish those who destroy monuments