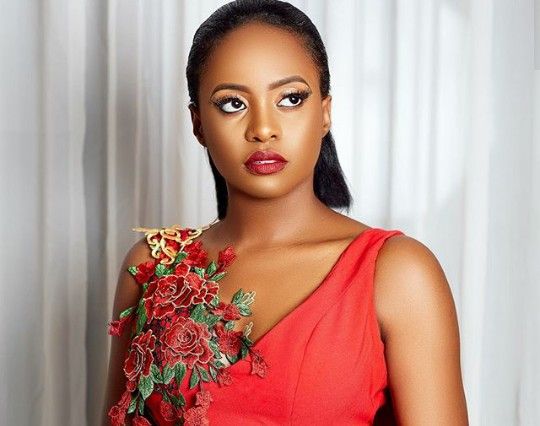 Kiki Osinbanjo, The daughter of Nigeria’s vice president, Profesor Yemi Osinbajo has reacted to the allegation and report that she is the owner of a building in Abuja that houses her beauty business, Glam D’ Africa.

Kiki who was furiously angry at the report, while reacting report via her Instagram handle, said  It is completely unbelievable that a grown man will sit in his home and LIE about her.

She went further to deny the report by revealing the name of the owner of the building whom she called Mr Musa Adams.

Naija News, however, understands that the allegations were first raised by a controversial online journalist and a former Director of Strategy and Communications under President Goodluck Jonathan, Jackson Ude.

Ude via his twitter handle alleged that the multi-million naira building belonged to Kiki.

He tweeted: “How did Kiki Osinbajo, VP Osinbajo’s daughter, earn N800million she invested in the property housing her Glam’d Africa Beauty House in Abuja on 10 Durban Street, Wuse 2. Abuja?”

Here is Kiki’s tweets below

For me it is completely UNBELIEVABLE that a grown man will sit in his home and LIE about me, a grown man who possibly has children my age! Like many young women in Nigeria I work hard , It may be difficult for people like him to understand that a young woman can work hard and succeed on her own steam. ANYONE can verify the ownership of the property of Glamd Africa at Agis in Abuja. I am a tenant in that property. My landlord’s name is Mr MUSA ADAMS

Naija News recalls that Ude had also alleged that the VP, Yemi Osinbajo collected the sum of N4bn from the suspended Acting Chairman of the Economic and Financial Crimes Commission (EFCC), Ibrahim Magu.