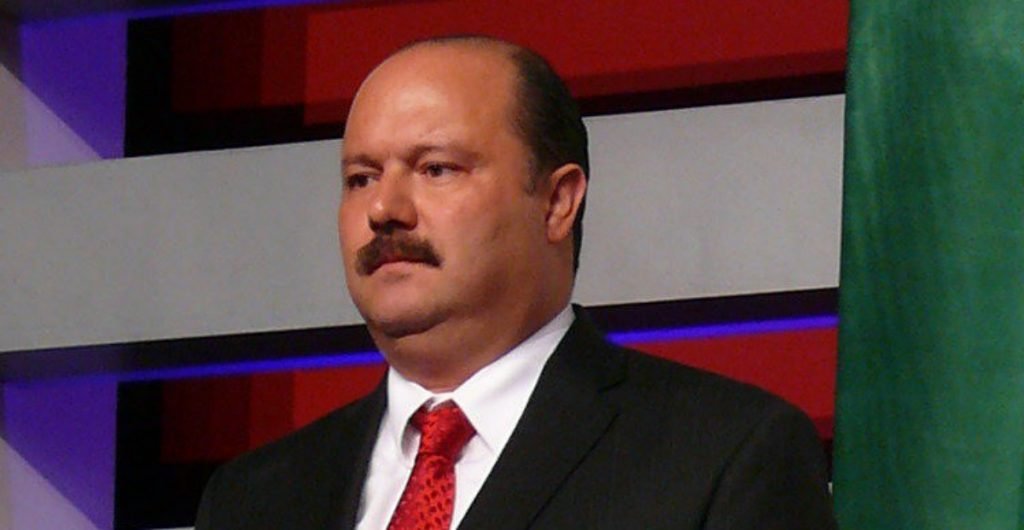 Cesar Duarte, The governor of the northern Mexican state of Chihuahua who went on an exile four years ago have been arrested by the local police in Miami

Naija News Understands that the Governor who fled in 2017 after he was accused of embezzling public funds, now faces extradition to Mexico where he faces corruption charges for allegedly diverting about $52 million in public funds.

Asides being accused of stealing hundreds of cows imported by the state to help small-scale Mexican ranchers replace their herds after a devastating drought, he is also accused of living a lavish lifestyle and using an official helicopter to fly friends and family to his ranch on weekends.

His arrest came after Mexican President Andrés Manuel López Obrador paid an official visit to the US for talks with President Trump.

Duarte who is expected to appear at a federal court hearing in Miami in the next 72 hours to be informed of the charges against him in Mexico, faces at least eight state and federal charges.