The Independent National Electoral Commission (INEC) has released the calendar of congresses/primaries for the Onoo State 2020 Governorship Election. 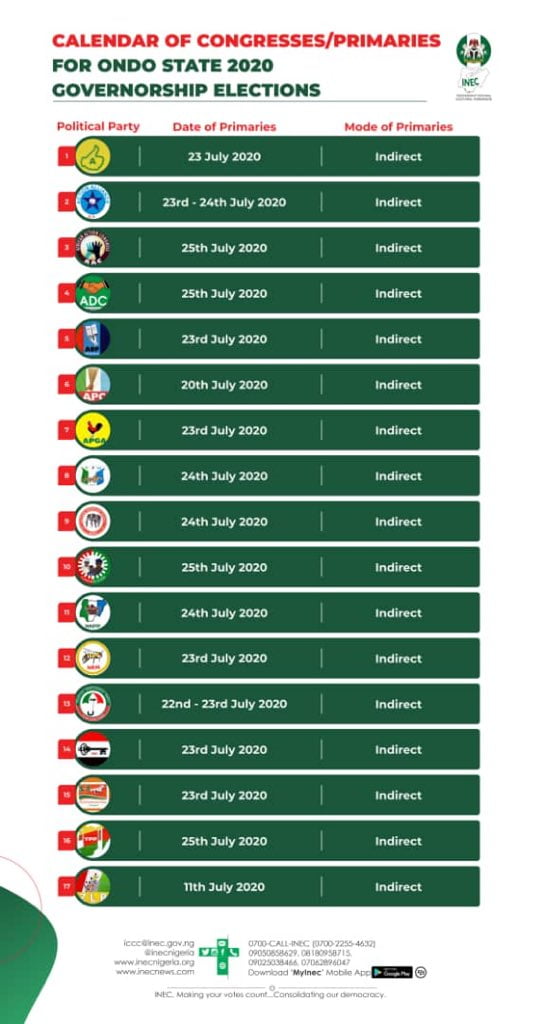 According to a statement by the electoral body’s National Commissioner and Chairman, Information and Voter Education Committee, Festus Okoye, INEC deliberated on a number of issues, including the Nasarawa Central State Assembly bye-election and the forthcoming Edo and Ondo Governorship elections.

INEC reminded all political parties involved in the Ondo gubernatorial election to submit a comprehensive list of all delegates eligible to participate in the primaries at least seven days before the primaries.

The electoral umpire also stated that political parties have the exclusive right to determine whether to adopt direct primaries or indirect primaries. 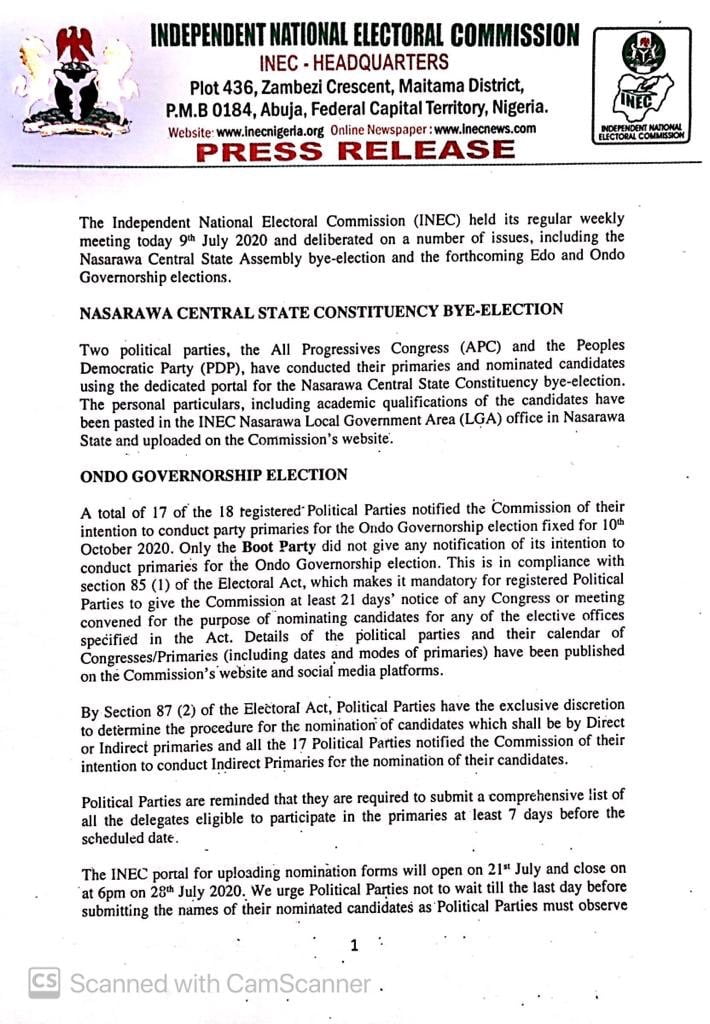 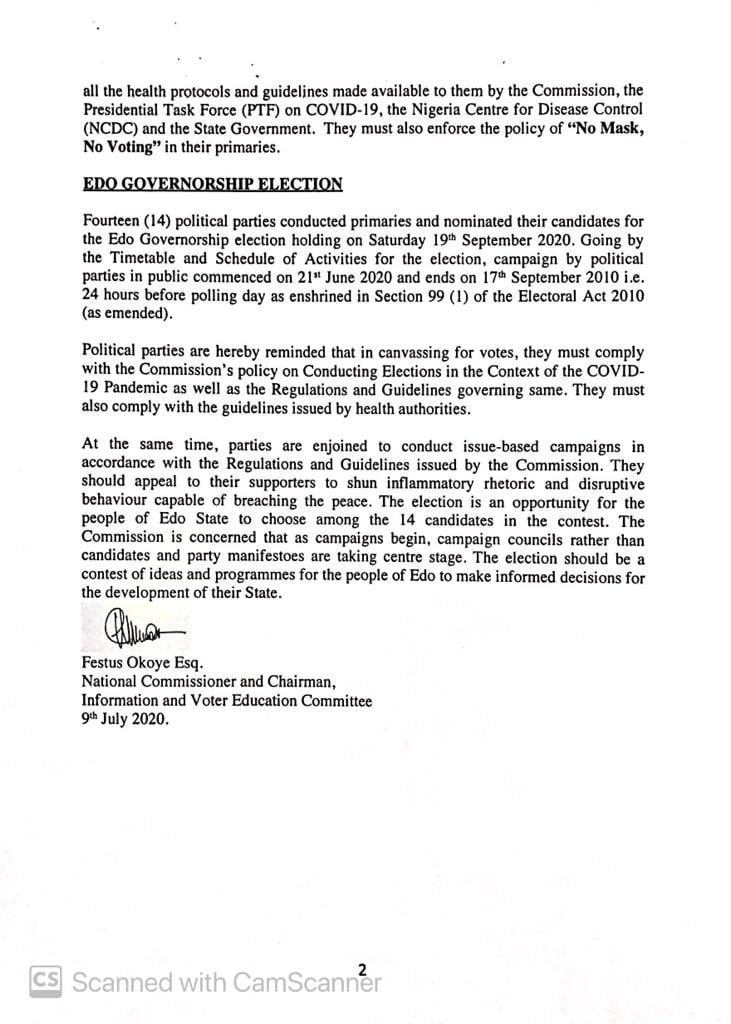