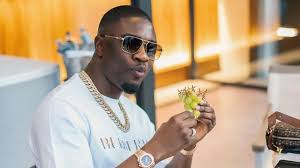 Details as to how Olalekan Jacob Ponle, popularly known as Woodberry was nabbed alongside Ramoni Igbalode, also known as Hushpuppi, some weeks ago has emerged.

The duo were arrested in the United Arab Emirate on June 10 for multiple fraud charges after a raid by operatives of the Dubai crime unit.

Naija News learnt that details concerning him were obtained from his WhatsApp, iPhone and Bitcoin transactions, and court documents obtained.

On the 2nd of July, they were taken to the United States.

After a criminal complaint was filed, the court granted an arrest warrant to the Federal Bureau of Investigation (FBI) regarding Mr Ponle’s case.

Mr Ponle appeared in the court for the first time on July 3, after which the first hearing was scheduled for the 16th of July.

However, as provided by a section of the U.S. laws on the release or detention of a defendant pending trial, Mr Ponle will be remanded in custody until a further order of the court.

If found guilty, he is liable to a jail term ranging from 20 to 30 years.