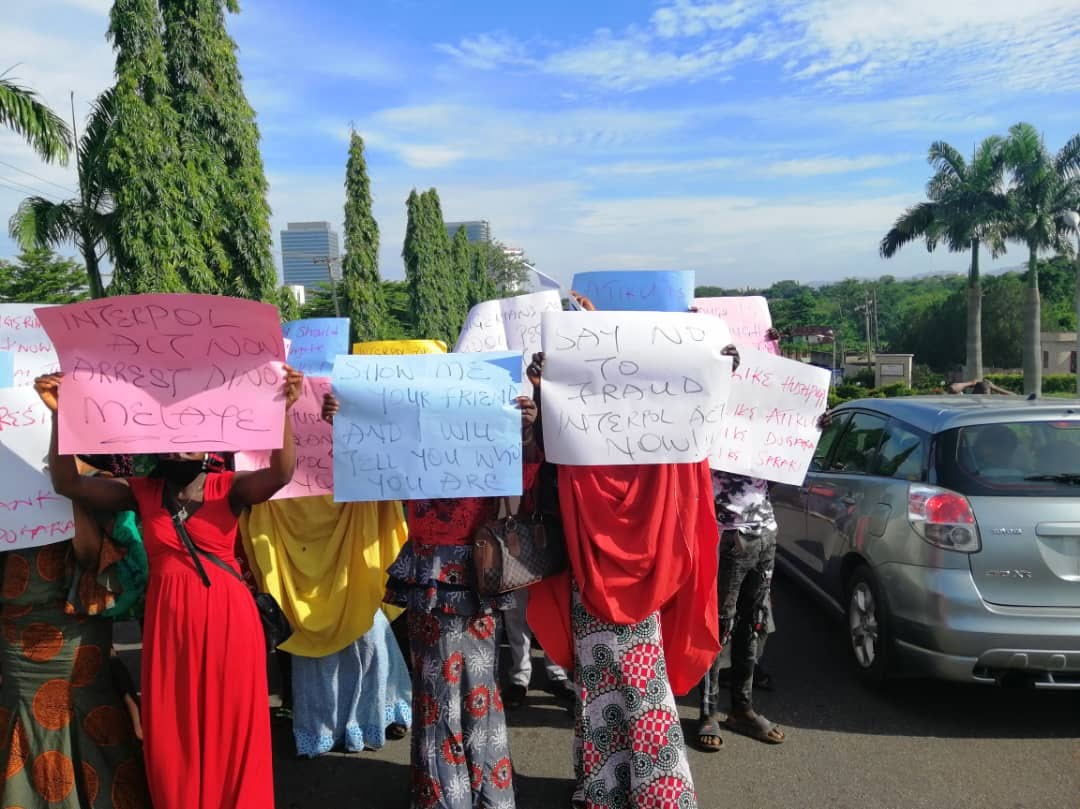 A group of Nigerians have reportedly stormed the US Embassy in Abuja demanding the arrest of some Peoples Democratic Party members linked with Hushpuppi.

Naija News is informed that a group reported to be members of Concerned Citizens Forum, CCF, on Tuesday morning hits the street of Abuja, demanding the arrest and prosecution of former vice president of Nigeria, Alhaji Atiku Abubakar, Timi Frank, Dino Melaye and other members of the PDP who have been allegedly linked with Nigerian Dubai based big boy, Hushpuppi.

It could be recalled that the All Progressive Congress, APC had claimed in a statement issued by its Deputy National Publicity Secretary, Yekini Nabena, that the leadership of the Peoples Democratic Party should be investigated, noting that “at different times, ‘Hushpuppi’ was photographed in Dubai meeting with the PDP’s 2019 presidential candidate, Alh. Atiku Abubakar; former Senate President, Bukola Saraki; former Speaker, House of Representatives, Yakubu Dogara; Senator Dino Melaye among other PDP stalwarts.”

The former lawmaker representing Kogi West Senatorial district in the National Assembly, Dino Melaye, while reacting to the statement released by APC on his Twitter account, stated that he would not glorify APC with a response on Hushpuppi.

The former lawmaker stated, “I will not glorify a religiously lunatic character nor the caretaker party (APC) with a response on Hushpuppy.”

In the same vein, Yakubu Dogara, a former Speaker of the House of Representatives, says he is ready to go to jail if the All Progressives Congress (APC), Nigeria’sruling party, can establish any form of links or connection between him and Hushpuppi.