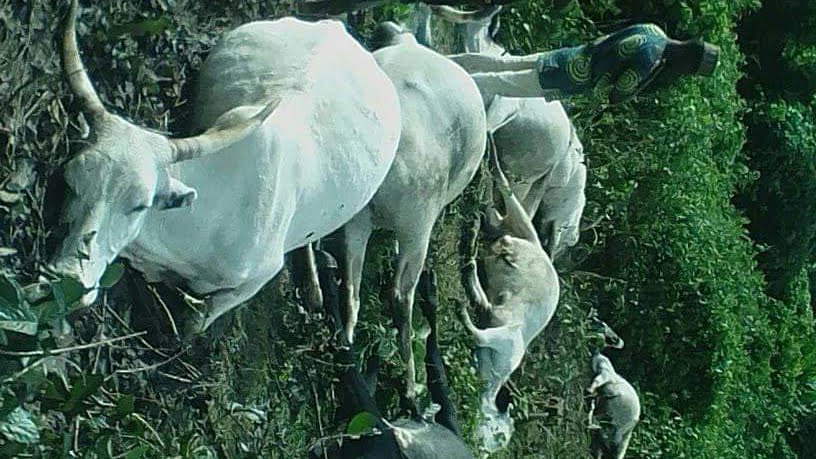 Naija News learned that all the cattle were killed where they were being kept after returning from the grazing field at the Elepo village when the incident happened.

An anonymous resident of the area described the incident as sad and very unfortunate, saying it has caused panic and fears within the community.

The resident called on the owners of the  affected cows to burn the dead cows to avoid an outbreak of an epidemic, this was even as he sympathized with the victims over their sad loss.

“This would be the first time such a frightening incident would happen in this area. We have over the years been living harmoniously with Fulani in our domain.

“The death of the cows belonging to the Fulani cattle rearers living among us was a natural occurrence occasioned by thunder that struck in the town”, he said.