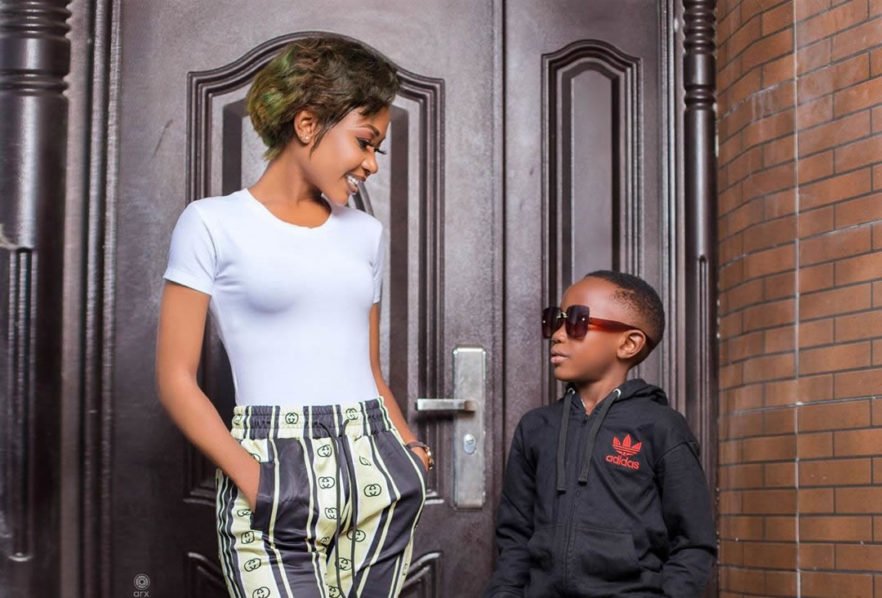 Security operatives have arrested Ghanaian actress, Akuapem Poloo who recently went naked to celebrate the birthday of her son.

Naija News gathered the actress was arrested by officers of the CID department in connection with the naked phot celebration with her son.

It will be recalled the actress posted a naked photo of herself, squatting before her son who was also in his underpants only, with the image going viral on the internet.

Though the actress and her son later apologized to the public following the backlash she received after the saga, it is understood the matter is been taken up by the Domestic Violence and Victim Support Unit in Ghana.

It is understood that a petition was written against the actress by Child Rights International in which the organization claimed the incident violated some child right laws.

See the video of her apology: