From El-Rufai To Makinde, All Nigerian Governors That Have Contracted COVID-19 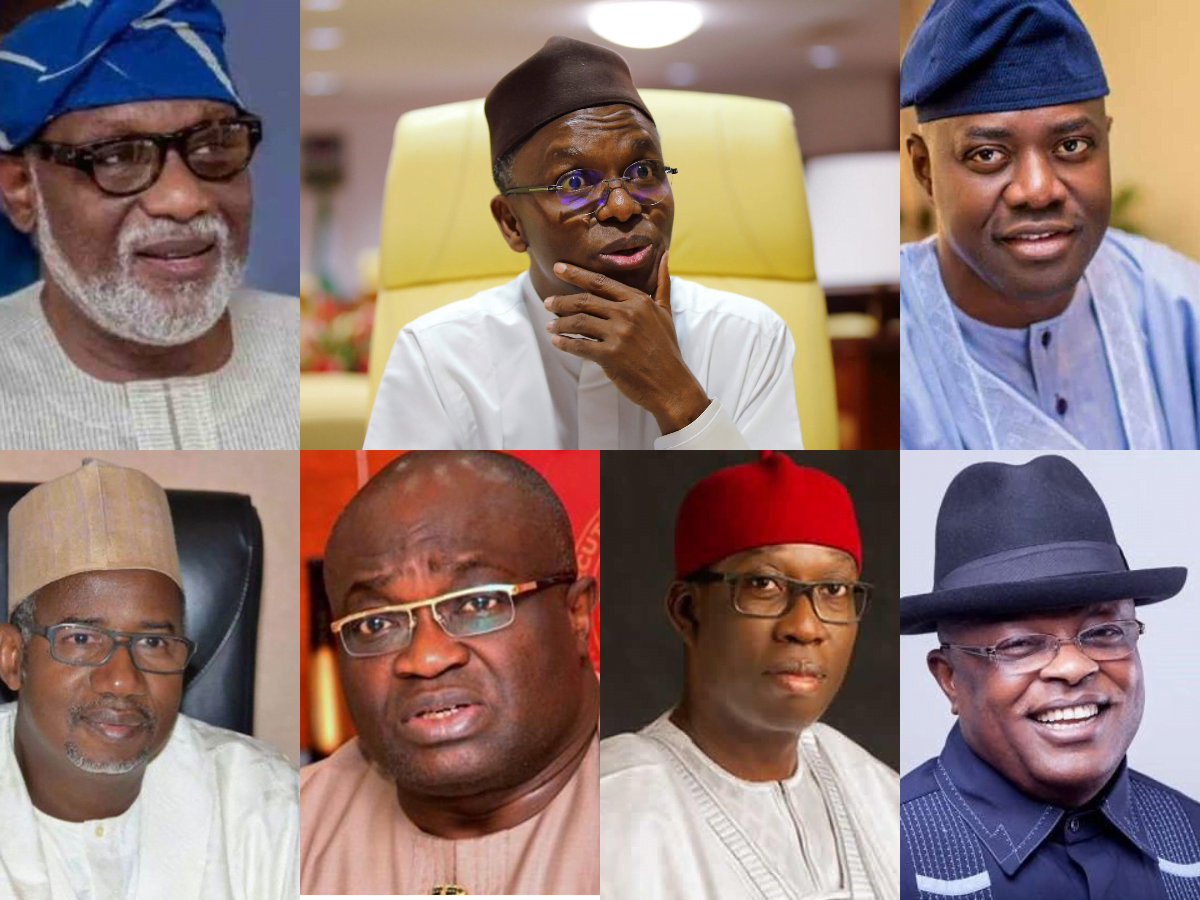 So many Nigerians including the Chief of Staff to President Muhammadu Buhari, Abba Kyari, have lost their lives to the deadly coronavirus (COVID-19).

The virus that was first discovered in Wuhan, China, December last year is no respecter of status or political party.

Aside from Kyari, popular radio present, Dan Foster, former Oyo State Governor, Abiola Ajimobi amongst other notable Nigerians have died from complications of the virus.

At least seven of Nigeria’s 36 governors have also tested positive for coronavirus.

Below are the seven governors who have contracted the disease in Nigeria, out of which four have recovered.

BALA MOHAMMED: Went into self-isolation on March 24, 2020, after testing positive but later announced his recovery on April 9, 2020.

NASIR EL-RUFAI: On March 28, the Kaduna state governor announced he had tested positive.

After receiving treatment for close to four weeks, El-Rufai announced his negative test.

SEYI MAKINDE: On March 30, Makinde announced he was self-isolating after contracting COVID-19.

Fortunately, he announced that he had recovered from the virus six days later.

OKEZIE IKPEAZU: In a statement today, Saturday, John Kalu, commissioner for information to the Abia State governor, said Ikpeazu was certified free of the disease on Friday.

Ikpeazu announced that he tested positive for COVID-19 on June 8.

IFEANYI OKOWA: the Delta state governor tested positive for COVID-19 alongside Edith, his wife, and one of their daughters. he is currently receiving treatment with wife and daughter

ROTIMI AKEREDOLU: is currently in isolation after testing positive. The Ondo governor who refused to hand over to his deputy stated that he is asymptomatic.

DAVE UMAHI: In a statement on Saturday, the Ebonyi State governor announced that he tested positive and he is currently self-isolating.