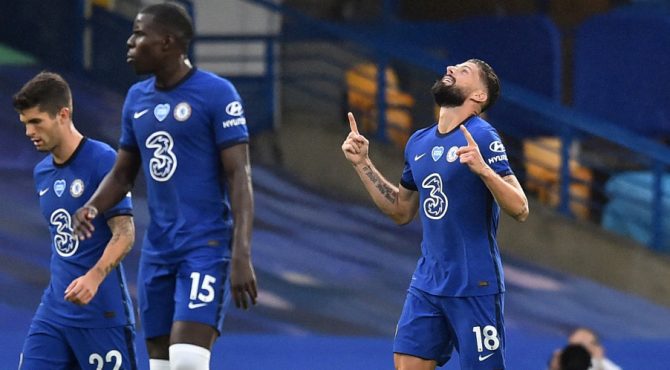 Chelsea got themselves a major success on Saturday evening by dominating Watford (3-0). Giroud opened the scoring for the Blues.
After the club’s setback a few days ago against West Ham (2-3), and the successes gleaned by Manchester United and Leicester this Saturday, Chelsea had to win against Watford tonight to stay in touch in the top four.

And the Blues could count on this good old Olivier Giroud. The French striker surprised Foster at the half-hour mark by pivoting and hitting following a Barkley serve. Very good in recent weeks, Willian doubled the penalty put after a foul by Capua on Pulisic in the box 18 before the break (42nd). 2-0 was the halftime score in favour of Frank Lampard’s men.

In the second half, the Blues dominated the game and only attacked only when they saw it necessary, like at 91 ‘, with the goal from Ross Barkley after a great left-footed shot from point-blank range.

With this victory, Chelsea added the three points necessary to rise to the fourth position in the Premier with 57 units, two more than Manchester United. Next week the Londoners will visit Crystal Palace and, two dates later, they will face the Red Devils.