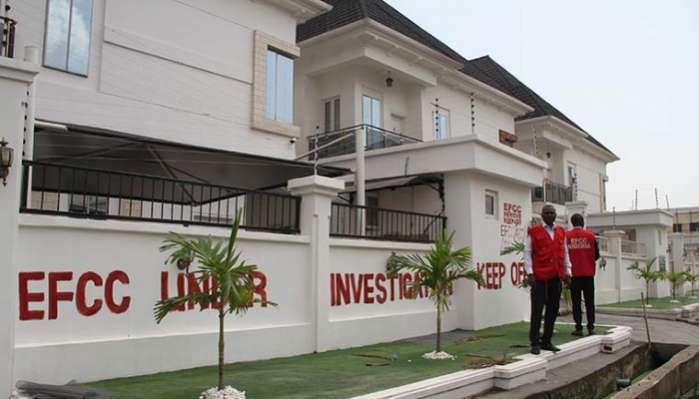 The Economic and Financial Crimes Commission has been given a seven-day ultimatum by the Abia Government to unseal six government properties that were ‘wrongly ‘sealed in the state.

The Attorney General and Commissioner for Justice, Uche Ihediwa, in a statement described the decision of the anti-graft agency as a brazen disregard of the regulatory, enforcement and investigative provisions of the law.

Ihediwa noted that the commission marked and sealed properties of the state government under the guise that these assets and properties were under investigation.

According to him, the commission had in 2016, investigated the ownership of most of these properties and at that time, the Certificates of Occupancy and Public-Private Partnership Agreements between the State Government and Investors in respect of the properties were duly submitted to the Commission which found them satisfactory.

“It is pertinent to note that the properties listed above belong to the Abia State Government and are not under investigation by the EFCC.”

“Sections 28 and 29 (a) of the law establishing the Commission, ie, the Economic and Financial Crimes (Establishment) Act, Cap E1, LFN 2004 make it clear that the Commission can only attach or seal the properties of persons arrested for an offence under the Act.”

“As noted earlier in this briefing, ownership of the properties by the Abia State Government is not subject to an EFCC investigation.”

“With particular reference to the Housing Estate at Adelabu Street, the estate was initially to be developed by investors under Public Private Partnership arrangements but later terminated for nonperformance by the developers/investors.”

“The Adelabu estate under my watch as Commissioner for Housing was later built with direct labour by the Housing Ministry with the approval of the State Government.”

“The houses in the estate, on completion, were allocated to individuals who paid for the allocations and continue to pay ground rents to the State Government.”

“Also, the Abia Mall is in receivership as a result of the failure of the investor to pay back bank facilities. Had the Commission done a due diligence check, it would have unearthed this fact without shooting itself on the foot.”

“The unwarranted and unlawful actions of the EFCC has fine incalculable harm to the economy of the State by scaring away high profile investors from the State.”

“This also sends a negative signal to investors planning to invest in Nigeria.”

“In the light of the foregoing, the EFCC is hereby given Seven (7) days from today to remove the offensive and provocative notices placed on the above-listed properties or estates.”

“The EFCC must tender an apology to the Abia State Government within the same period.”

“Failure to comply with these demands will leave the State Government with no option but to seek appropriate redress in a court of law,” Ihediwa said.