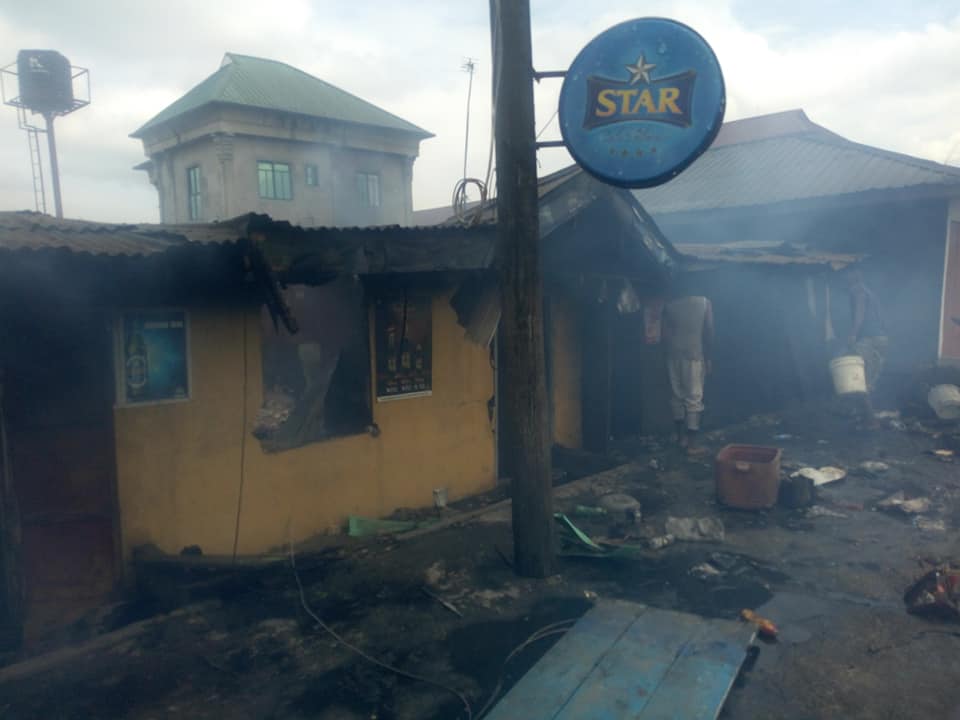 A brothel owner in Rivers State has begged well-meaning Nigerians for help after an inferno during the last weekend razed down his entire property.

According to reports, a bar and a brothel were yesterday burnt down in the wake of Sunday morning in Port Harcourt, the capital city of Rivers. It was reported that the inferno started from a shop which belonged to a food vendor after the oil she was frying caught fire and escalated to the opposite building.

A source who reportedly witnessed the event told newsmen that not less than twenty rooms occupied by prostitutes were razed the fire. Chidera revealed further that properties worth millions were all burnt down as a result of the inferno.

According to her, residents had tried to put off the fire but could not and efforts to reach the state fire service proved abortive as the agency could not answer any of the calls.

“The fire started at a small food vendor’s place, where a Yoruba woman sells mama put in front of the brothel here around 8 am, the oil she was using caught fire and exploded, while people were trying to extinguish it, the fire spread to the building,” Chidera revealed.

She added, “Youths in the area tried to put the fire off, but to no avail, several calls to the state fire service were not answered for over three hours until the fire consumed everything.”

Confirming the incident, another resident who pleaded anonymity told newsmen that the youths got tired of the awful event and relaxed as their buckets of water could not put off the inferno.

He said, “We struggled with the fire for more than three hours to put it off but were unable, we used buckets of water, sachet water and every other method we know but could not put it off, at a point we all became tired.

“If not for the initial efforts of the boys, the fire would have spread to other buildings, but fortunately the losses were minimal, although the situation is saddening.”

Mr Prince Ihunwo, the owner of the brothel, however, begged Nigerians for assistance as his whole property was razed down with nothing to hold onto.

Meanwhile, Naija News had reported that a Tanzanian miner has discovered two huge gemstones worth millions of dollars.