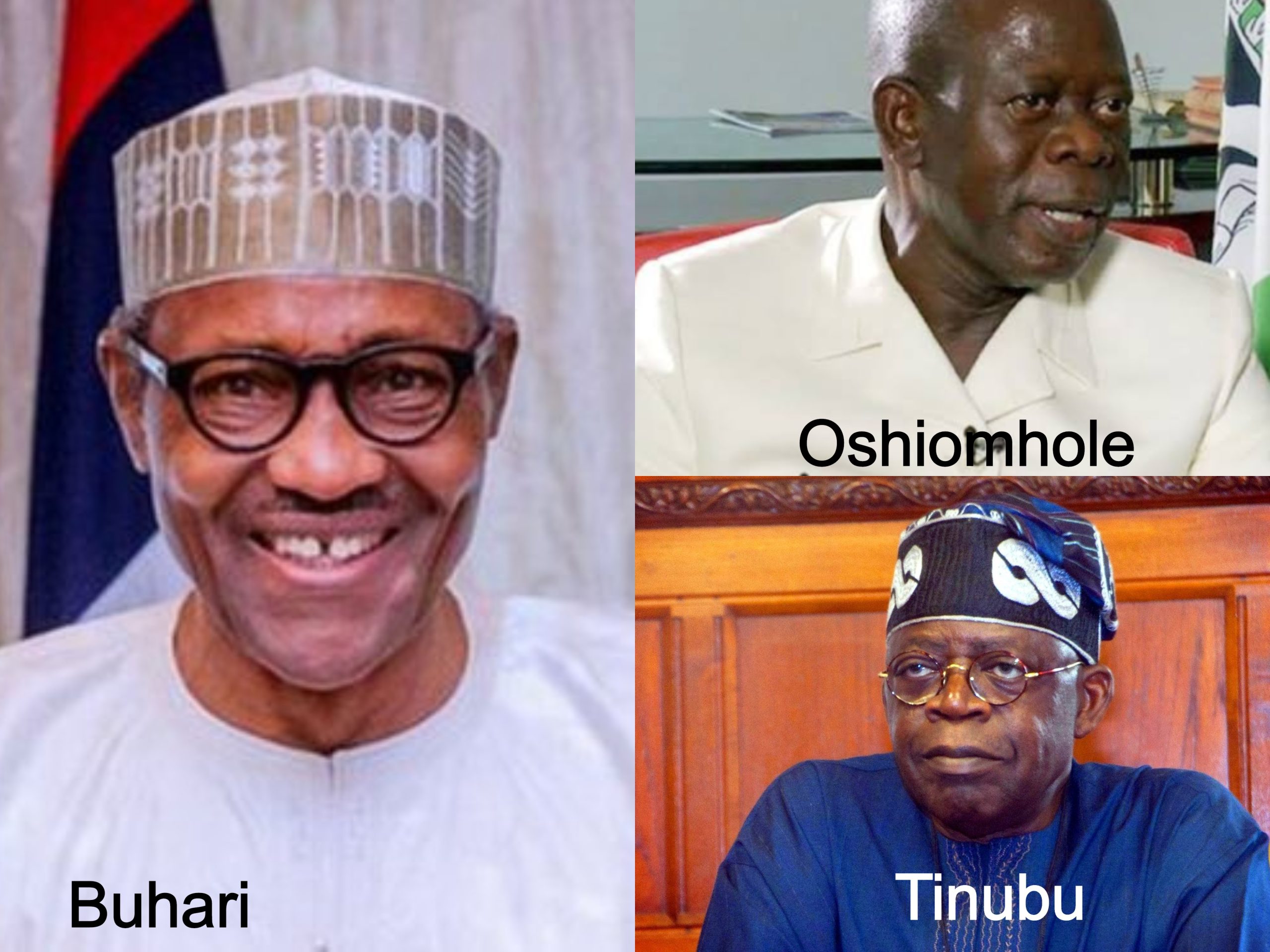 The crisis in the All Progressives Congress (APC) took a dramatic turn this week when President Muhammadu Buhari declared his support for the controversial leader of the APC Victor Giadom. After that, the National Executive Council (NEC), of the party dissolved the party’s National working committee (NWC). Naija News brings you a round-up of the major events and happenings in Nigeria last week.

In an unexpected move, President Muhammadu Buhari on Wednesday evening pitched his tent with the Victor Giadom led faction of the All Progressives Congress (APC) against Adams Oshiomhole, this came as a rude shock as many political pundits did not envisage the move from president Mummadu Buhari.

President Buhari did not stop with his support for Mr Giadom, he also attended the party’s National Executive Council meeting which was held at the Presidential villa.

As if president Buhari’s decision to support Victor Giadom was not enough heartbreak for the Oshiomhole political camp, president Muhammadu Buhari on Thursday called for the dissolution of the Oshiomhole led National Working Committee of the APC.

Buhari’s recommendation was thereafter approved by the party’s National Executive Council (NEC) and a caretaker NWC recommended to take over in the interim.

The two major contending parties in the Edo state 2020 gubernatorial elections held their primaries during the week.

The APC adopted the direct primaries as the mode for electing its flag bearer in the forthcoming election.

The primaries was held in 192 wards of the 18 local government areas of the state. The Peoples Democratic Party (PDP) on the other hand adopted the indirect primaries and held its election at the Samuel Ogbemudia Stadium on Thursday.

The primaries was solely contested by Governor Godwin Obaseki after reports emerged on Thursday of the stepping down from the race by popular philanthropist, Kenneth Imasuagbon, popularly known as the ‘Rice Man’.

The former Governor of Oyo State, Abiola Ajimobi died aged 70.  He died a few days after he was appointed as the Acting National Chairman of the APC by the NWC of the party. He died due to Coronavirus complications.

His family has announced his burial arrangements. He is expected to be buried today, Sunday, in Ibadan.

After he was dealt a heavy blow during the week, Oshiomhole finally accepted the decision of APC NEC to sack the party’s NWC.

He said, “since the president has also agreed to the dissolution of the NWC, I am bound to obey him as the leader of the party.”

The former Edo State governor, who instructed his lawyers to withdraw lawsuit in court, assured President Buhari of his loyalty. “loyalty is put to test when the going is tough”

On Saturday, after losing his grip on the APC, The leader of the party, Bola Tinubu, in a statement denied his presidential ambition, saying that time will reveal things. In the statement obtained by Naija News Tinubu said: “I have made no decision regarding 2023 for the concerns of this hour are momentous enough.”

To cap all the political drama that happened throughout the week, the Presidency on Saturday evening released a statement and dismissed reports of bad blood between President Muhammadu Buhari and the National Leader of the All Progressives Congress (APC), Bola Ahmed Tinubu.

The Senior Special Assistant to the President on Media and Publicity, Garba Shehu, warned ‘analysts’ to stop peddling falsehood.

He accused opposition politicians of trying to use intellectuals and their supporters in the media to break the Buhari/Tinubu relationship.