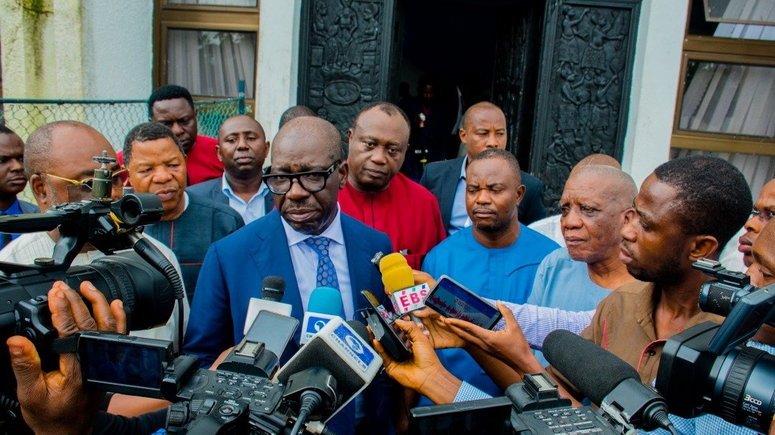 The Peoples Democratic Party (PDP) has presented its flag and certificate to Governor Godwin Obaseki and his deputy, Philip Shaibu ahead of the Edo Governorship election.

Naija News reports that Obaseki on Thursday emerged the governorship candidate of the PDP.

He polled 1,952 out of total accredited votes of 2024 to get the ticket to represent the party at the September 19 election.

The Edo State Governor received the flag and certificate at the Wadata Plaza, headquarters of the PDP, Abuja.

Philip Shaibu is also at the party’s national secretariat for the exercise.

The event which is being attended by the PDP national chairman, Prince Uche Secondus also has in attendance, Governor Bala Mohammed, chairman of the Edo electoral panel and members of the committee.

Governor Obaseki was accompanied to the event by two aspirants who stepped down for him – Engineer Gideon Ikhine and Mr. Kenneth Imasuangbon.