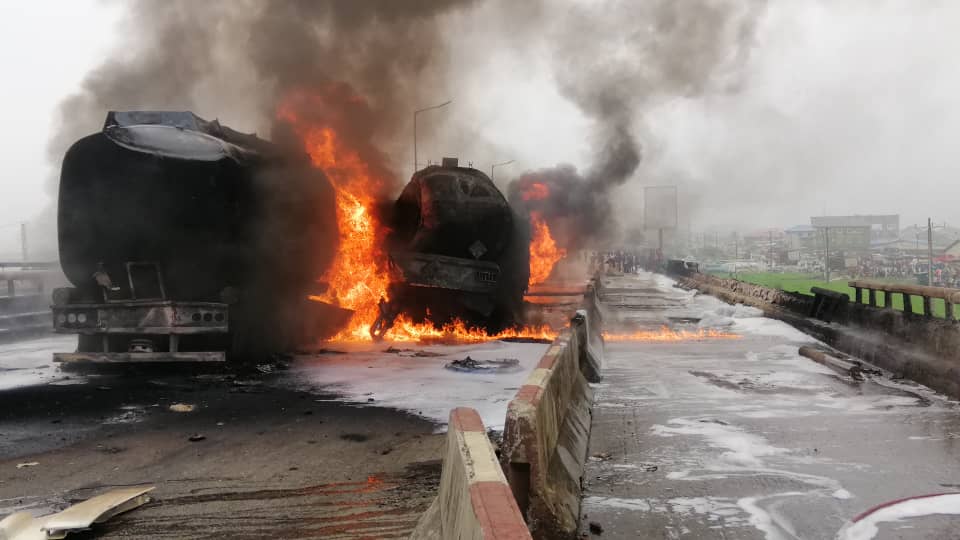 Federal Government has sought the consent of Lagos State government under the leadership of Babajide Sanwo-Olu to conduct an integrity test on the popular Kara bridge in the state.

The request was made known in a recent letter presented to the state government by the Deputy Director, Highways, Federal Ministry of Works, K.Y Ibrahim.

Naija News understands that the decision was coming following a tanker accident that claimed two lives on the Kara Bridge located along the Lagos-Ibadan Expressway, on Sunday, June 21.

Ibrahim in the letter demanded that the road be temporarily shut down so the ministry can carry out integrity tests.

The ministry solicited the support of the state for the success of the job, noting that contractors in charge of the section of the expressway had requested that the route be closed from Friday, June 26 to Sunday, June 28 while they ensure the bridge’s ‘serviceability’ due to the explosion.

A part of the letter reads; “We now request the support of the Lagos State Government in terms of handling the expected high traffic volume that may be generated along the axis during the work and also to help evacuate the wreckage of the accident still on site.”

In another news, former aide under Goodluck Ebele Jonathan’s led administration, Reno Omokri has laughed the national leader of the All Progressive Congress, Chief Bola Ahmed Tinubu, noting that the APC chieftain is gradually fading off after his role on the previous administration.