Controversial Nigerian cross-dresser and male barbie, Idris Okuneye, more popularly known as Bobrisky has urged people not to be quick to judge him.

Bobrisky who acknowledged that he can get angry, however, noted that once he lets out the anger, “we are friends again.”

He also described himself as someone with the “biggest heart ever.”

He wrote; “I have d biggest heart ever!!! Wait till u meet me. Don’t be so quick to judge me.”

“Me that can remove my eye for u if needed. I might be crazy when am upset but d moment I let my anger out we are friends again.” 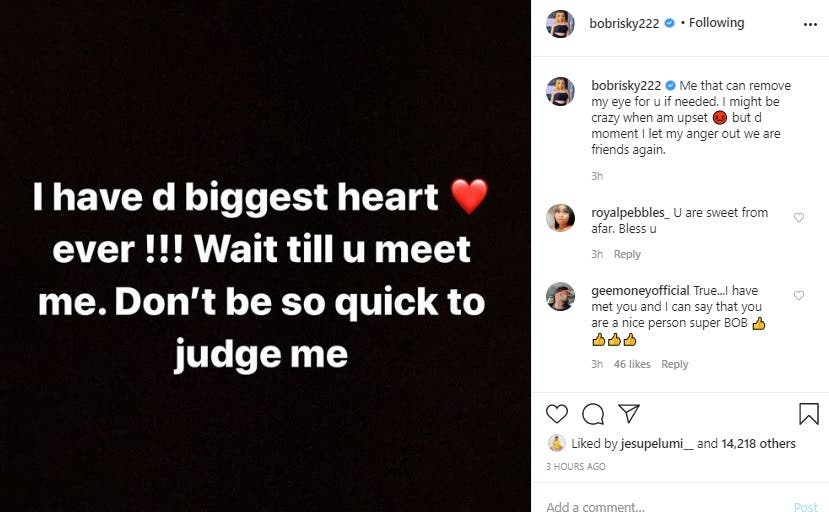 Meanwhile, Naija News reported last week that Bobrisky attended his father’s birthday party fully dressed as a man. The development whipped up some dust on social media as many people questioned his decision to appear as a male before his family while he appears as a female for his fans on social media.