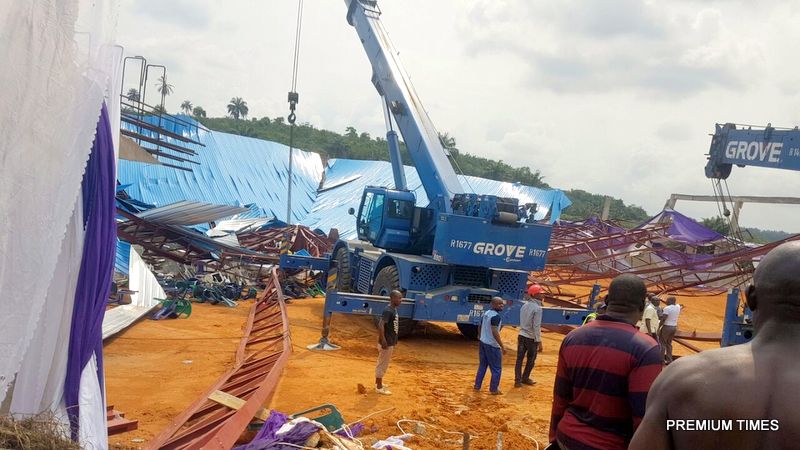 Akwa Ibom State government said it ordered the demolition of the building housing the Knowledge of God Ministry, Uyo, to avoid disaster from rocking the state.

According to the government, it was necessary to take the unfriendly measure in other to stop a wild community transmission of COVID-19 in the state.

Naija News understands that state Commissioner of Police, Imohimi Edgal, had led members of the COVID-19 Team on Tuesday, June 23 to the Knowledge of God Ministry, arrested its pastor, Victor Elijah, and later demolished the Church building.

It was reported that the Church which is located at Paulinus Urua Street, Uyo, had gathered over one thousand people for a service, shunning the COVID-19 rules and regulation made available by the government and health agencies.

Speaking on the demolition, the Chief of staff to Governor Udom Emmanuel of Akwa Ibom State, Ephraim Inyang-eyen, said he was surprised at gathering mass held by the ministry in a small building.

The aide revealed that the government had to arrest the Church pastor and some of his congregants for violating the COVID-19 guidelines given to worship centres in the state.

“We got a tip from a concerned citizen informing us that a certain church located at Paulinus Urua Street, Uyo, behind the Ministry of Works was having a special prayer service and we immediately responded,” he said.

“What we saw was a total disaster. Over one thousand people had assembled in a small cubicle; no social distancing and none of them was wearing a face mask. In response to this act of lawlessness and in order to avoid the risk of community transmission of COVID-19 in Akwa Ibom State, we decided to arrest the pastor and some members of the church and the building demolished.”

He reiterated that the pastor and his members who were arrested during the raid would be made to face the law.