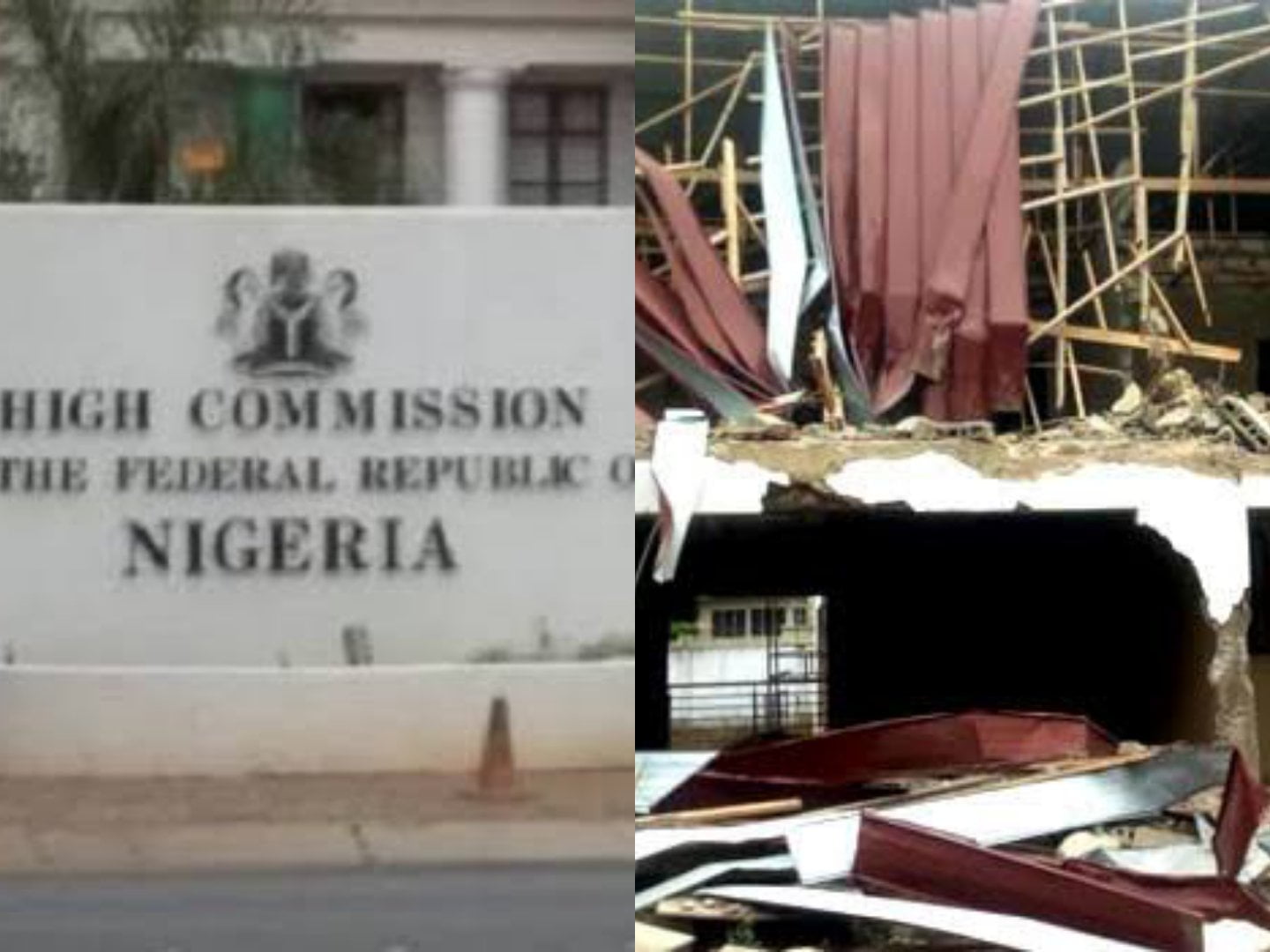 A local chief of Osu traditional area, Nii Okwei Dowuona VI, has revealed why the Nigerian High Commission in Ghana was demolished by some hoodlums.

Speaking yesterday evening, the paramount ruler accused the Nigerian High Commission in Ghana of aiding a businessman to forcibly take over the plot of land belonging to his people. He claimed the parcel of land and the entire Osu Mantse layout belongs to the Osu Stool, a council of local chiefs and not state-owned.

The traditional ruler said they also gathered that the ongoing structure is “planned entertainment complex to be used as an events centre for commercial purposes” and not staff quarters as was reported.

“It came to the attention of the Osu Stool that the original building on the parcel of land was demolished and, in its place, a new structure was being erected,” he reportedly said in a statement.

“Osu Stool was informed that the structure was being erected by a Nigerian business person with the aid of the Nigerian High Commission and was forcibly trying to take over the said parcel of land.

“The Stool has a high level of respect for foreign missions and has therefore on several occasions verbally informed the unidentified trespasser of the ownership status of the land through the security personnel resident on the parcel of land.”

The monarch added that the “trespasser” was invited for discussion on the ownership of the land but the “trespasser has openly and with impunity disrespected the paramount Chief of the Osu Traditional Area, Stool Lands Authority and the Traditional Council of Elders by its attendant behaviour.”

“Forceful acquisition of these lands by trespassers who hide behind foreign offices and political influence should desist from doing so,” he said.

Meanwhile, the Charge d’Affaires of the High Commission of Ghana to Nigeria, Iva Denoo, has been summoned by the President Muhammadu Buhari-led government over the demolition of the Nigerian High Commission in Ghana.

The development was revealed by the Minister of Foreign Affairs, Geoffrey Onyeama, on Monday.

Onyeama in the statement released noted that Nigeria has called on the Ambassador to explain the recent attack on apartments in the country’s High Commission in Accra.