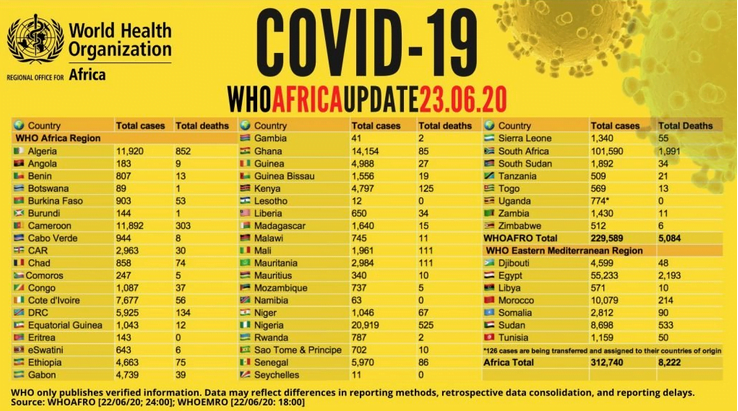 The regional office of the World Health Organization in Africa on Tuesday revealed that the continent has recorded 8,222 deaths due to complications arising from COVID-19.

The WHO office which is located in Brazzaville, Congo, further stated that the number of Coronavirus confirmed cases in Africa has risen to 312,740 in the past 24 hours.

The agency added in the statement released noted that Africa has recorded more than 149,000 recoveries from COVID-19 infections.

Egypt on its part has recorded 2,193 deaths which happen to be the highest number on the continent.

Nigeria which happens to be Africa most populous country has recorded 506 reported deaths.