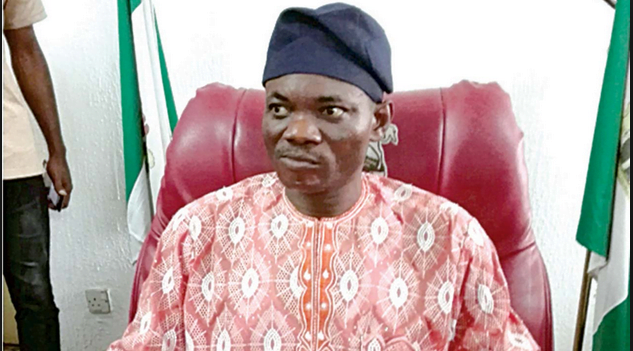 The immediate past Speaker of the Edo Assembly, Kabiru Adjoto, has resigned his membership of the All Progressives Congress (APC), Nigeria’s ruling party ahead of the Edo 2020 election.

Naija News reports that the immediate past Edo Assembly Speaker disclosed this in an interview with the News Agency of Nigeria (NAN) in Benin City, the Edo State capital on Monday.

Adjoto said he took the decision to resign from the APC after deeply consulting with his conscience, family, friends and his teeming supporters, adding that the resignation was also in line with Article 9.5(i) of the APC constitution.

The former Edo Speaker said the decision was nostalgically clothed with apparel of mixed feelings as it translated to leaving the APC, a party, he said he had contributed to building for more than a decade.

Speaking further, Adjoto stressed that the necessity of his decision to resign was firmly hinged on the interest of his supporters and Edo people in general, saying “my resignation takes immediate effect”.