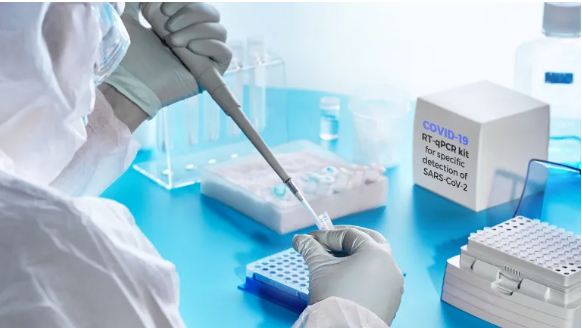 A group of Nigerian scientists under the auspices of COVID-19 Research body have reportedly discovered a vaccine that could be used for the management of dreadful Coronavirus disease.

It was reported that the remedy was unveiled last Friday and is set to be examined for approval by health authorities and the government as well before it could be made available to the general public for use.

Naija News learnt that the remedy was developed to be used by Africans but would also be made available to other parts of the world when it finally gets approval.

Speaking on the development, Dr Oladipo Kolawole who heads the research team said, “It would take a minimum of 18 months for the vaccine to be unveiled to the public.”

“This is because a lot of analysis and studies, as well as approvals by medical authorities, were still required,” Kolawole noted.

It was reported that over N7.8 million was spent on during the research that led to the discovery of the vaccine.

“The study, which led to the medical breakthrough, had enjoyed initial funding by the Trinity Immunodeficient Laboratory and Helix Biogen Consult, Ogbomosho, to the tune of about N7.8 million,” Kolawole revealed.

Naija News recalls that the General Overseer of the Living Faith Church, also known as Winners Chapel, Bishop David Oyedepo has condemned moves by the National Assembly to introduce a bill to make the coronavirus (COVID-19) vaccines compulsory in Nigeria.