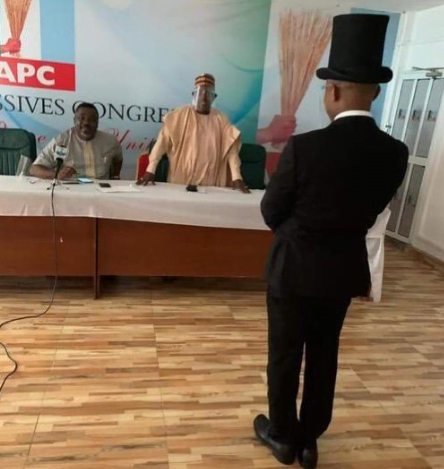 The National Working Committee of the All Progressives Congress, APC, has sworn-in Worgu Bom to take the place of Deputy National Secretary of the party, Victor Giadom, who was relieved of the position a few days ago.

The development is coming barely two days after the former Attorney General and Commissioner for Justice received an endorsement by the leadership of Nigeria's ruling party in River State to fill the vacant post of the Deputy National Secretary of the party.

Naija News learnt that Boms was sworn into the office on Monday, June 22, 2020.

It could be recalled that Giadom was sent out of office after he allegedly went against the party authorities to declare himself as the acting chairman of the party following Comrade Adams Oshiomole's suspension.

It was reported that the PDP had earlier demanded N10b from the Governor as part of conditions he must fulfil to be able to join the party and contest for the state governorship race.