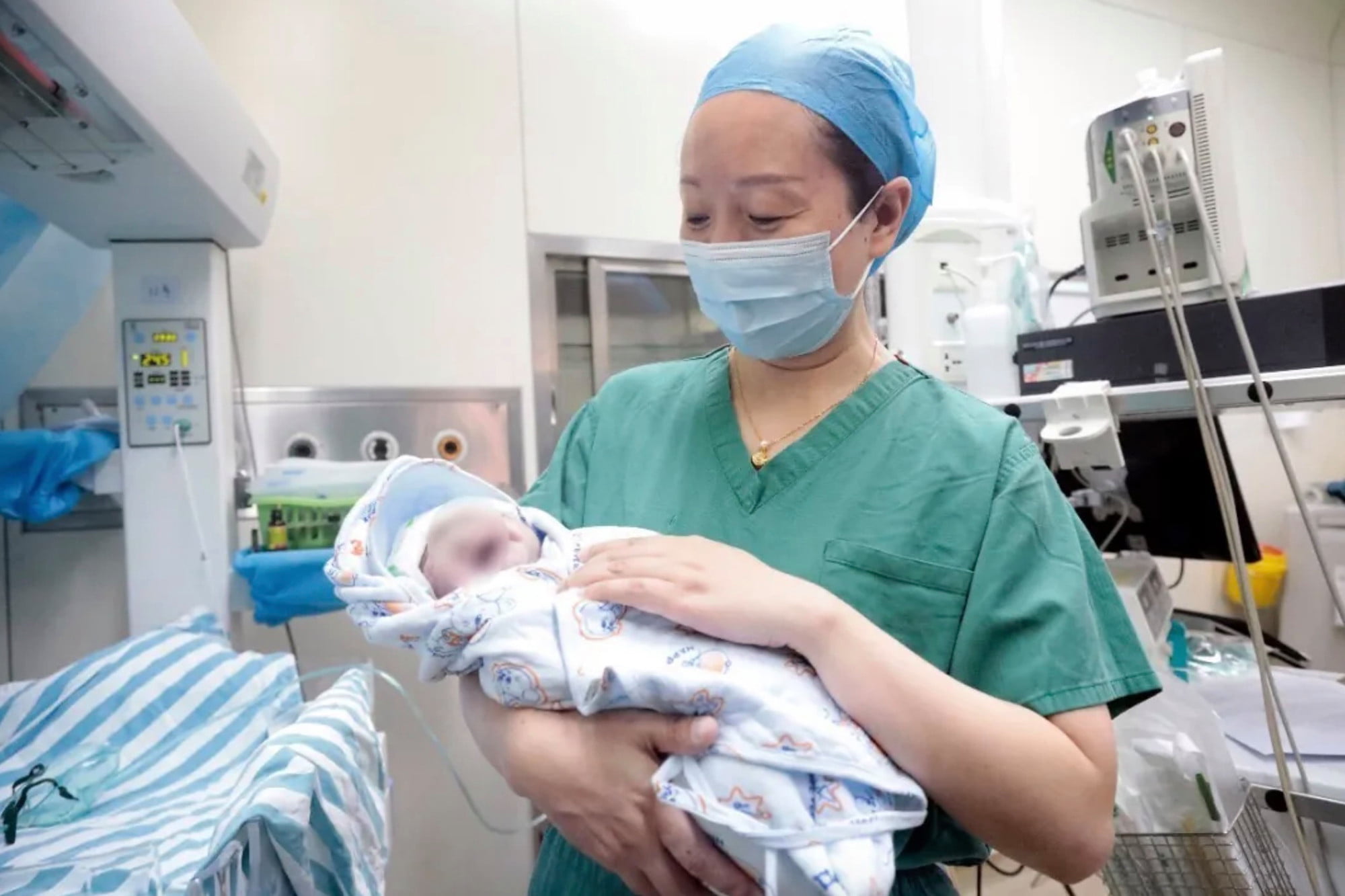 In what could be described as wonder, a woman has delivered a baby reportedly a twin of the same baby she birthed ten years back.

According to the report, the wonder twin’s mother had delivered the first child in 2010 following her quest to conceive after five years of barrenness.

Naija News learnt that the 41-year-old Chinese mother whose name is revealed as Ms Wang had in 2009 seek assistance from fertility specialists over her seemingly shut womb. It was reported that doctors cultivated a batch of embryos’ for Wang, using the same sperm and eggs.

During the process, one of the embryones was successfully implanted into Wang, but the other reportedly frozen.

According to Daily Mail, Wang’s first child was delivered at the Hubei Maternal and Child Healthcare Hospital in central China, while the second came after a decade, on Tuesday, June 16, 2020, at the same hospital.

Speaking on the delivery, a medical expert from the hospital’s fertility centre, Zheng Jie, said: “From a medical perspective, Lu Lu and Tong Tong are twin brothers.”

Meanwhile, Naija News had reported that a mother of two has survived a horrific shooting, but now lives with her intestines hanging out.

A sporadic shooting three years ago at a nightclub has left the 32-year-old mother living a miraculous life after she survived gunshots that should have claimed her life.