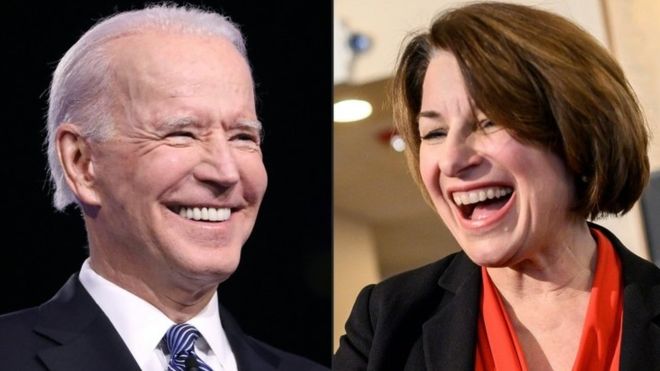 Speaking during a live cable network, at MSNBC.programme, Amy urged Joe Biden to pick a woman of colour as the vice-presidential candidate.

“I think this is a moment to put a woman of colour on that ticket.”After what I’ve seen in my state, what I’ve seen across the country, this is a historic moment, and America must seize on this moment,” Klobuchar, said

Naija News Understands that former 2020 presidential aspirants had earlier faced criticism for not bringing charges against multiple police officers who were involved in shootings during her seven years in the job.

Amy ‘s decision is coming on the heels of A senior State Department official who has served in the Trump administration since its first day submitted her resignation letter over President Trump’s recent handling of racial injustice and police brutality on African Americans.