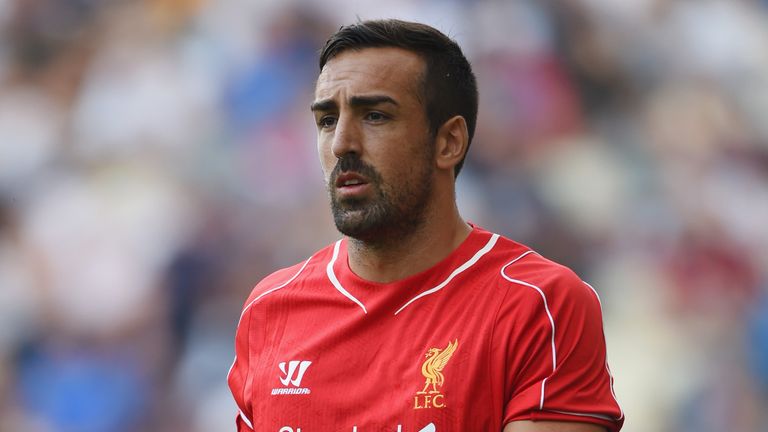 Former Spanish footballer, Jose Enrique Sanchez Diaz, better known as Jose Enrique, has narrated awful experience he had to endure since his retirement from playing football.

According to the 34-year-old, most football players while still earning good in their various clubs do not care to plan for life after retirement, forgetting that its a different life out there outside the pitch.

Enrique who had played in the English Premier League competition for UEFA Champions, Liverpool FC and Newcastle before his retirement noted that mentally, most players are not prepared for their transition. According to him, the ‘bubble’ lifestyle while playing for big clubs most times end after retirement as attention is no longer given to the players as it were.

Naija News understands that Enrique had retired from playing football a few years ago after he struggled with a brain tumour and as well suffered various knee injuries. The former ‘Reds’ has, however, settled for a new lifestyle which he described as uneasy.

Enrique, however, in a recent interview advised footballers to think outside the box and plan well for their post-retirement. Adding that ‘the bubble” of being well paid and adored by fans will eventually burst.”

“When people think of footballers, they think of Liverpool, Barcelona, Juventus players,” said Enrique in an interview with the Tribuna.

The player added, “But there are players in League One, League Two, they’re footballers too, even though they don’t live the life a Liverpool player lives. I’m talking about players from the big leagues. I lived in a bubble. You do what you love, get paid well, receive so much attention, everyone treats you so good wherever you go. And then, all of a sudden, it stops.”

“Now my partner tells me, ‘Jose, go and clean the sh*t off the car’. And I go and clean it. I used to do it any way but as a footballer, you have your cleaners, it’s a completely different life. When it all stops, the bubble just bursts. I talked to Jorge Lopez, a former Valencia player, two days ago. He told me the same thing. You’re still young when you retire. So you say, ‘Well, what do I do now?’ That’s why I tell all the players, ‘Prepare yourself for the post-football life’. I didn’t.”

Speaking about why it is important for every player living large to plan well for life after the football fame, Enrique said, “Someone told me recently, ‘If I was a former footballer, I would just live the holiday life’,”

“Listen, after the first month, you’re already bored of it. Alright, give it a year, no problem. But after that? I’m still 34. When I retired, I was 31-32. What do I want? Do I want to be on holiday for the rest of my life? No, I don’t. You want to be something as a human being. You want to work, you want to do something that makes you feel proud of yourself. I feel proud of being an agent.

He added, “Humans need to work, you can’t be on holidays all the time. It’s very important to have a plan before you retire.”

Meanwhile, former Cameroon International Football star, Alexandre Dimitri Song Billong, popular known by his jersey name as Alex Song has narrated how he lavished his football earnings on luxuries such as high-end cars, trips, and dinners while he was still playing at the Emirates Stadium.

Naija News is a reputable news media company in Nigeria seeking competent individuals to fill the roles listed below: 1....