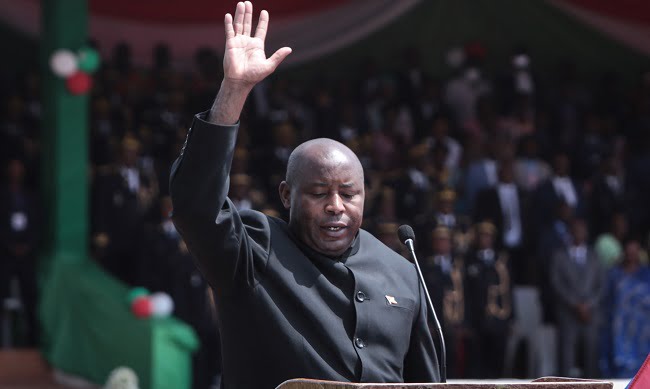 The swearing-in ceremony of  Ndayishimiye is coming a few weeks after the sudden death of his predecessor Pierre Nkurunziza who ruled the East Africa nation for 15 often tumultuous years.

Naija News recalls that  Ndayishimiye was elected in May in a vote disputed by the opposition and was meant to take office in August. However, the inauguration was sped up after his predecessor Pierre Nkurunziza’s shock death.

This online Media also Understands that no neighbouring heads of state were present when he took the oath of office in the administrative capital, Gitega, where he pledged to defend the nation’s interests and unify its citizens.

In his oath, Ndayishimiye pledged to “devote all my force to defending the superior interests of the nation and ensure the national unity and cohesion of the Burundian people, peace and social justice.”

Meanwhile, the South African president,  Cyril Ramaphosa has congratulated the newly sworn-in president of Burundi via his official twitter handle. Here is Cyril’s Tweets Below