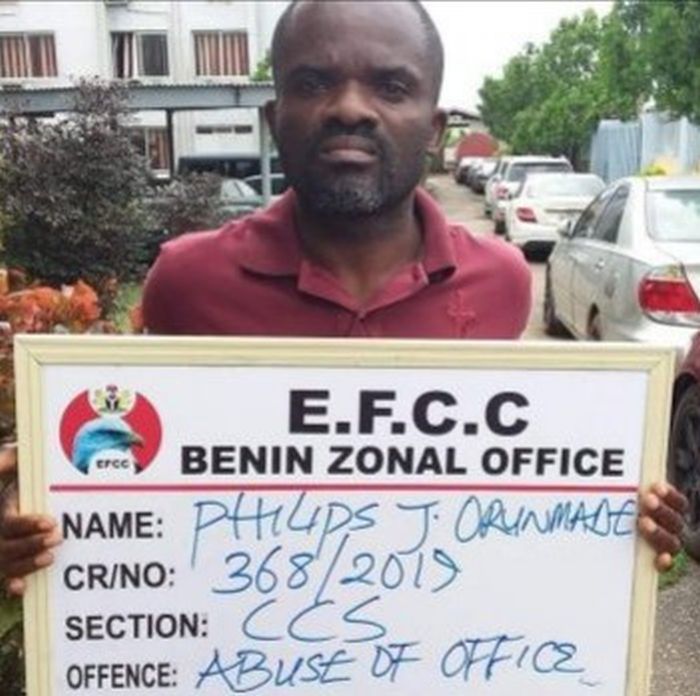 Nigeria’s antigraft agency, the Economic and Financial Crimes Commission (EFCC), has announced the arrest of a staff of First Bank of Nigeria Plc for allegedly stealing millions from one of the bank branches in Edo State.

According to the report, Mr Philips Orumade who work with the branch of the Nigerian financial institution in Benin stole N18.900 million.

Naija News understands that Orumade has been on the antigraft agency’s trail list since last year following a report by the Management of the Bank that the staff was caught on CCTV. It was reported that Orumade used to be in charge of ATM gallery keys at the bank branch in Aduwaw area.

However, efforts made to arrest the culprit since November 3, 2019, after the bank reported that he disappeared with the said amount proved abortive.

First Bank noted that Orumade was captured by the CCTV footage, walking into the ATM gallery and then used a nylon blur the CCTV.

Speaking on the development, the EFCC said: “The suspect has been on the run and was recently apprehended in Lagos.”

“He has made useful statements and will soon be charged to court as soon as investigations are completed,” the antigraft agency noted.

Meanwhile, Naija News reported earlier that a social media influencer, Adeherself and others has been arrested by the EFCC over alleged internet fraud.

The Economic and Financial Crimes Commission said that it arrested five alleged internet fraudsters including Adeherself, with pictures of the suspects appended unto the statement.