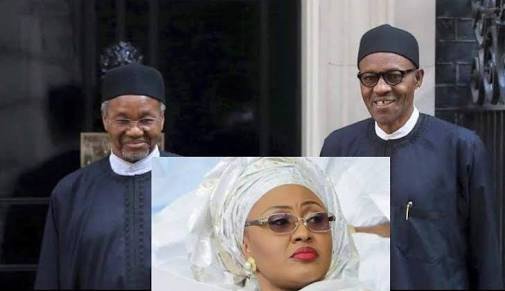 Reports have emerged of Nigeria’s President, Muhammadu Buhari, embarrassment and anger over the recent clash between his wife, Aisha Buhari, and his nephew and Private Secretary, Sabiu Yusuf alias Tunde.

Naija News recalls that gunshots were heard in the Aso Rock Villa last Thursday night following a clash between the First lady and Sabiu Yusuf.

The issue started when Aisha, members of her immediate family and her Aide-de-camp, Usman Shugaba tried to force Yusuf into self-isolation after he returned from Lagos state.

The First Lady, Zahra, Halima, and Yusuf, accompanied by some of her security aides led by the Aide-de-Camp, went to the residence of Sabiu demanding that he (Sabiu) self-isolate for 14 days, so as not to endanger the first family.

Aisha Buhari’s aide, however, denied reports that the shots were fired by the First Lady’s ADC.

According to SaharaReporters, President Buhari is set to sack some of his security details and some top aides for the roles they all played in the crisis rocking the nation’s seat of power.

Among those set to get the axe are Buhari’s Chief Security Officer, Kassim Idrissa, his ADC, Col. Mohammed Lawal Abubakar, his Chief Personal Security Officer, Abdulkareem Dauda, whom Yusuf, a son to Buhari’s niece, claimed to be threats to his life.

It was gathered that Mamman Daura, one of his closest confidants, who was seen weeping on his way to the President’s office, may have persuaded Buhari in taking actions.

Daura reportedly told President Buhari that some of his security aides were not only after Sabiu Yusuf’s life but his own as well.

After listening to Daura’s complaints, Buhari ordered that all aides involved in the clash and alleged threat to the lives of the two men to be removed.

Sources claim that this may heighten the Aso Villa crisis as Aisha Buhari already feels Mamman Daura is manipulating Buhari against his immediate family.

It was gathered that Mrs Aisha Buhari is doing all she can to have Yusuf fired and other perceived ‘enemies’ removed from the Villa.