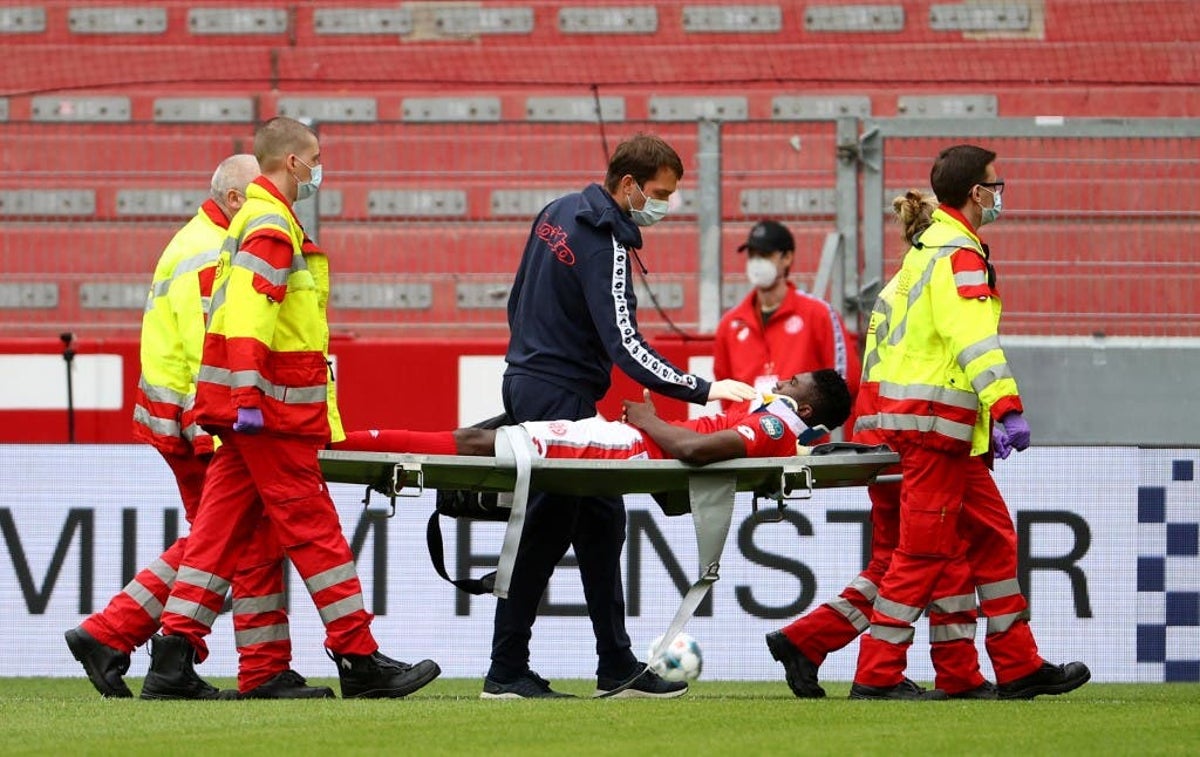 Nigerian professional player, Taiwo Micheal Awoniyi, better known as Taiwo Awoniyi, was on Sunday, June 14 sent off from the pitch after he was knocked down during a match against Augsburg.

The forward who now play on loan for the Bundesliga side had joined English Premier League club, Liverpool FC since 2015 but has not made it to Jurgen Klopp’s squad list yet, Naija News understands.

However, according to reports, Taiwo who fell down during the Sunday match has been hospitalized due to the fact that he loses his consciousness from the heavy fall. The Mainz forward man reportedly went motionless for a few seconds after the hard-hit with Augsburg player, Felix Uduokhai during the first half of the Sunday clash.

Confirming the incident, Mainz noted that young striker would have to spend the night in the hospital for proper medical attention.

“Our striker Taiwo Awoniyi suffered a concussion in his collision with Augsburg’s Felix Uduokhai and is spending the night in the hospital as a precautionary measure,” Mainz noted on its Twitter account.

Meanwhile, 24-year-old England born professional footballer, Dele Alli has been ruled out of Tottenham’s clash with Manchester United in the English Premier League competition as the season restarts on June 17, Naija News reports.