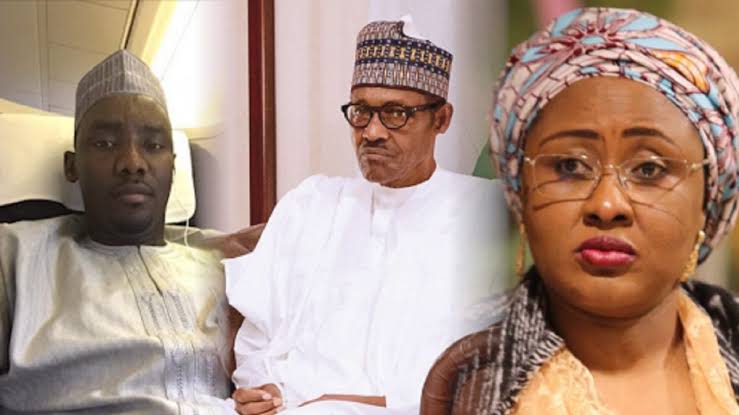 The last has not been heard of the clash between the wife of President Muhammadu Buhari, Aisha Buhari, and Sabiu ‘Tunde’ Yusuf, Personal Assistant and Private Secretary of the President.

More details have emerging explaining what led to the clash between the First Lady and Buhari’s aide which has now turned to an international embarrassment for the Presidency.

New facts revealed that Wale Tinubu, Chief Executive Officer of Oando PLC, played an indirect role at the beginning of events that led to the fracas within the Aso Villa.

According to SaharaReporters, Sabiu Yusuf had illegally procured Wale Tinubu’s private jet with registration Number T7f-JAT when he traveled to Lagos on a visit to his wife, who recently delivered a baby.

Upon arriving in Lagos, the president’s private secretary had asked Wale Tinubu for his jet for a quick trip to London’s Stansted Airport.

It was gathered that a second jet belonging to Tinubu, a Bombardier Express 7000 with registration number VP-CBT, traveled to London on June 7, 2020, but the British authorities said a manifest submitted to them did not include Yusuf’s name, also the TJ-JAT Falcon X jet took a dash to London’s Stansted on June 6, 2020, and did not have him on board.

The trip, which could not be verified by the ADC to President Buhari and his Chief Security Officer, led to the suspicion that Sabiu Yusuf was part of the passengers that made the trip to London.

Insiders revealed that close to Yusuf’s illegal journey, calls were made to pressurize the Minister of Aviation, Hadi Sirika, into granting the flight permission. This led to Aisha Buhari learning of the unauthorized journeys.

According to SaharaReporters, President Buhari’s daughters, Halima and Zahra had asked Sabiu Yusuf to self-isolate as there were strong suspicions that he may have gone to the United Kingdom and could have contracted the deadly coronavirus (COVID-19).

This led to an altercation between Buhari daughters and his Private Secretary, which led to Sabiu Yusuf pushing Halima to the ground after she and Zahra had pushed him.

Following the breakdown of law and order, Aisha Buhari alongside her Aide de Camp (ADC) thoroughly beat Yusuf, who had to run Mamman Daura’s residence to save his life.

Seeing Yusuf scale the fence into Daura’s compound, DSS operatives in the vicinity shot into the air.

Mrs. Buhari’s team claimed her police aides did not carry any arms at the time of the confrontation.