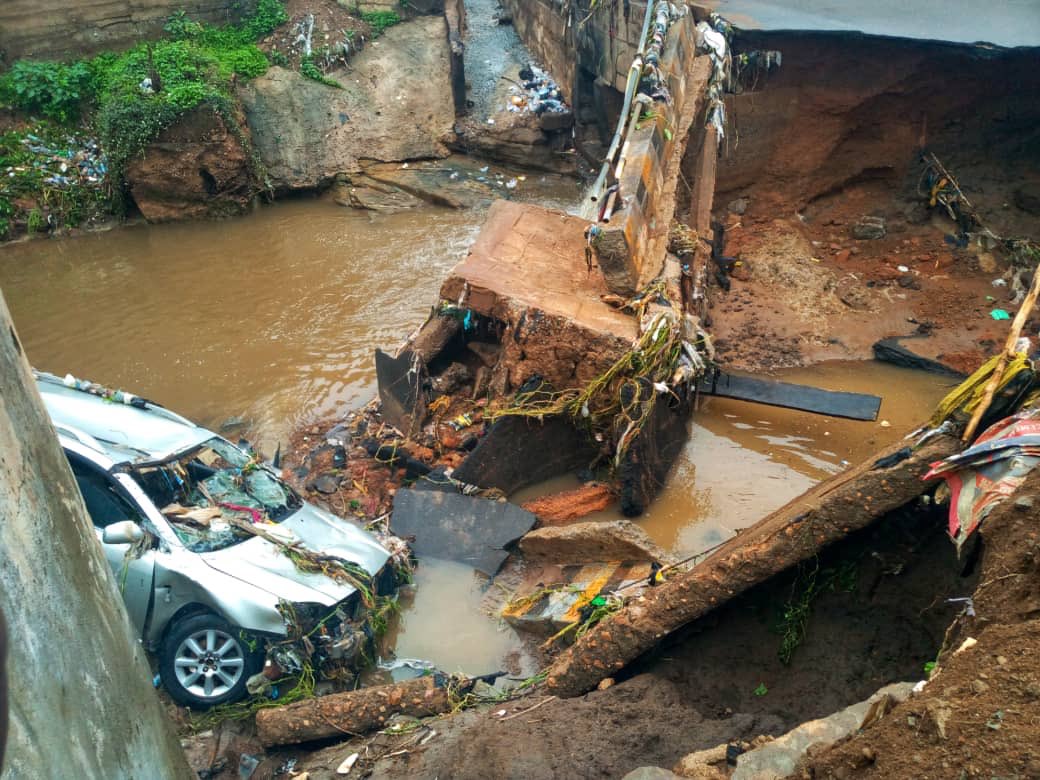 Kwara State Commissioner for Works, Suleiman Rotimi Iliasu has warned residents in the state capital, Ilorin, to be extra careful while driving during rainfalls following a bridge collapse on Saturday, June 13, 2020.

The development occurred after a heavy rainfall yesterday within the city lead to the collapse of a bridge, resulting in the plunge of a vehicle conveying five people in the caved in.

According to the report, the incident which happened at the bridge in Oko-Erin, received an immediate response of the State Fire Service brigade as four persons were feared dead.

Residents in the area expressed their gratitude for the timely response of the fire service team following a contact to their office.

Speaking on the development, men of the fire service said, “one of the passengers of the vehicle alighted to check the depth of the torrent but unfortunately the bridge collapsed.”

“The same time, two other passengers alighted from the vehicle and got trapped too,” the account added.

Naija News, however, learnt that the fire brigade has since commenced search in the cave in through the flowing water to rescue the remaining missing bodies.

On his part, the Comptroller, Kwara State Fire Service, Abdul Waheed Iyanda Yakubu, while responding to a call from newsmen revealed that two out of the reported five passengers in the vehicle which plunged into the cave in survived while three others, including the driver, are still missing.g

However, a report on the early hour of Sunday, June 14 confirmed that a body whose identity is given as Okechukwu Orwabom was discovered at Coca-Cola road.

The development was confirmed by the head of media and publicity, fire service brigade, Hassan Hakeem, in a statement issued a few moments ago in the state capital.

Rotimi who visited the scene of the incident for an on-the-spot assessment disclosed that two others identified as Chuben Orwabo and Chibike Orwabo were still missing. He, however, urged residents to drive safe on roads most especially during the raining season.