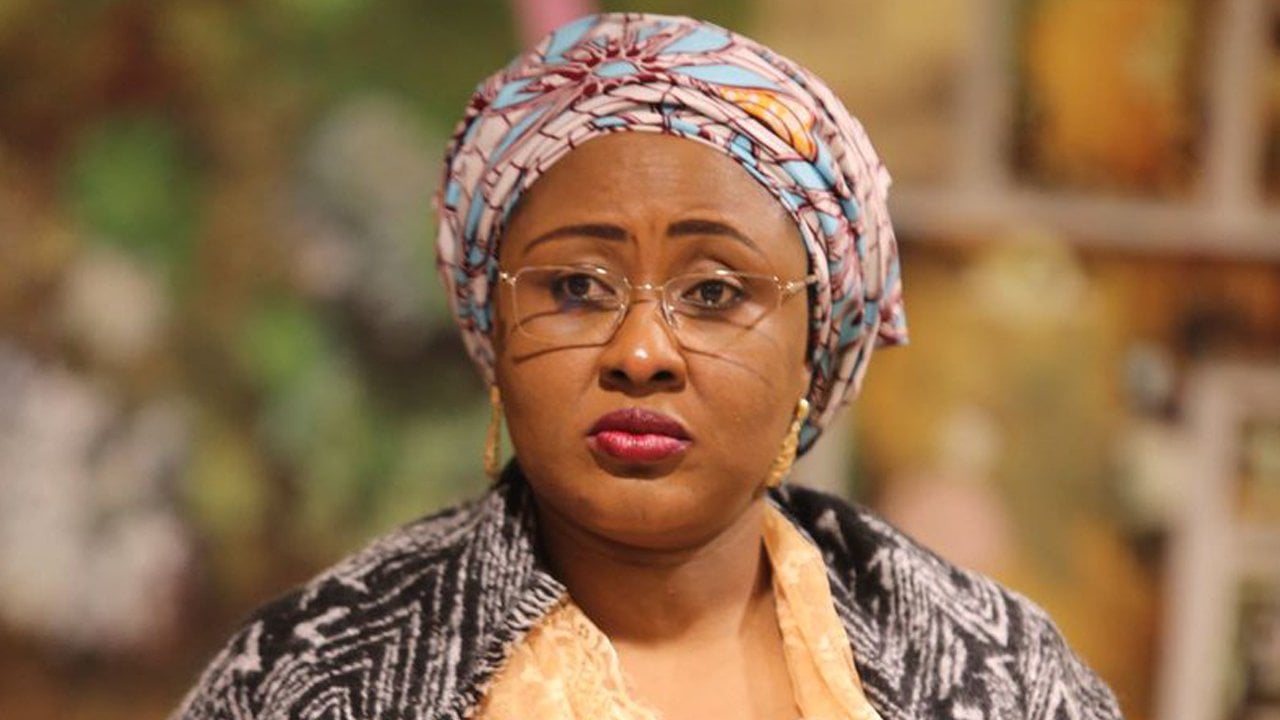 Gunshots were heard in the Aso Rock villa last night following a clash between the First lady, Dr. Aisha Buhari and Sabiu Yusuf, a Special Assistant to President Muhammadu Buhari.

The issue started when Aisha, members of her immediate family and her Aide-de-camp, Usman Shugaba tried to force Yusuf into self-isolation, after he returned from Lagos state, where his wife had a baby.

According to Thisday newspaper, trouble started when the First Lady, Zahra, Halima and Yusuf, accompanied by some of her security aides led by the Aide-de-Camp, went to the residence of Sabiu, who is the President’s nephew, demanding that he (Sabiu) self-isolate for 14 days, so as not to endanger the first family.

The incidence which was described as a breach of security.

Yesterday, the First Lady had in a series of tweets confirmed the incident.

On the issue of self-isolation and breaking of the interstate movement restrictions rules, Aisha had warned, “That COVID-19 is real and still very much around in our nation is not in doubt. Consequently,

“I call on all relevant Government Agencies to enforce the Quarantine Act signed by Mr. President and ensure no one is found violating this law and the NCDC guidelines especially on interstate travel without the necessary exemptions for movement of essentials.

“Anyone who does that should at the very least be made to under go a 14 days mandatory isolation no matter who the person is, no one should be above the law and the Police command will do well to remember that.”

Naija News learnt that Sabiu escaped after gunshots were fired by the First Lady’s ADC in an attempt to apprehend the President’s aide.

He however ran into a nearby house of the President Buhari’s cousin, Mamman Daura, where he reportedly spent the night.

The incidence was reported to the Inspector General of Police, Mohammed Adamu, who then ordered the arrest of the Aide-de-camp to the First Lady and all the security aides that accompanied her to Sabiu’s residence.

In her tweets, the First Lady had called on the Inspector General of Police to release her aides, saying, “Finally, I call on the IGP to release my assigned Staff who are still in the custody of the Police in order to avoid putting their lives in danger or exposure to Covid-19 while in their custody.”