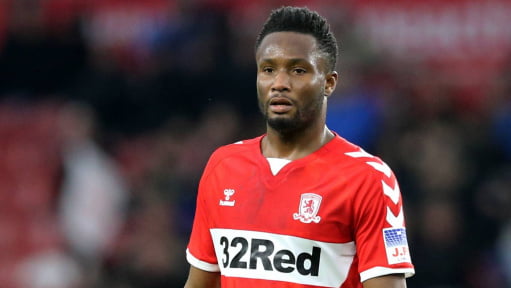 The 33-year-old former centreman of the English Premier League club, Chelsea FC, said he is ready to accept deals to play in the Egyptian Premier League games.

Naija News recalls that Mike in March 2020, cut short his contract with the Turkish football club, Trabzonspor after he disagrees to continuing playing in the Super Lig games amid dreadful Coronavirus disease which has claimed thousands on lives worldwide.

The Nigerian star has, however, revealed that he is not yet ready to hang up his boots, noting that he is open to receive offers from Egypt league clubs.

“Playing in the Egyptian Premier League? Why not?,” said the midfielder during an interview with an Egyptian media outlet, OnTime Sports.

“I am a professional footballer, and everything is possible. I never ruled anything out. My goal is to continue playing football, and I hope I will have the opportunity, I do not reject any offers made to me, but rather study them well until I make the right decision.”

Meanwhile, French International footballer who plays for Chelsea FC, N’Golo Kante, has joined his teammate at the training ground as the club training continues to intensify ahead of the Premier League restarts next week.