Paris Saint-Germain star, Kylian Mbappe, has become the 2020’s most valuable player in world football, with a £231.1million price tag.

According to Sky Sports, a study by the CIES Football Observatory on Monday shows that the France World Cup winner is rated as the Most Valuable Player in world football.

Mbappe has had a £231.1million price tag put on his head in a study of the top 100 players from Europe’s five biggest leagues. 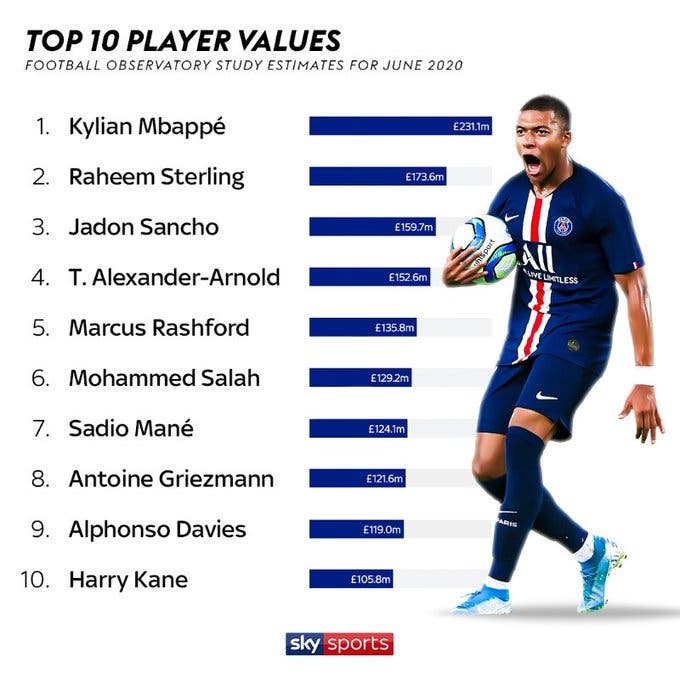 However, French football journalist Jonathan Johnson has also hinted that Paris Saint-Germain are set to offer the young striker a contract similar to Neymar in order to convince the striker to snub interest from Real Madrid,

​​​​​​Madrid have made no secret of their long-term interest in Mbappe with club president Florentino Perez previously admitting that he would like to see the French World Cup winner work under their boss Zinedine Zidane.