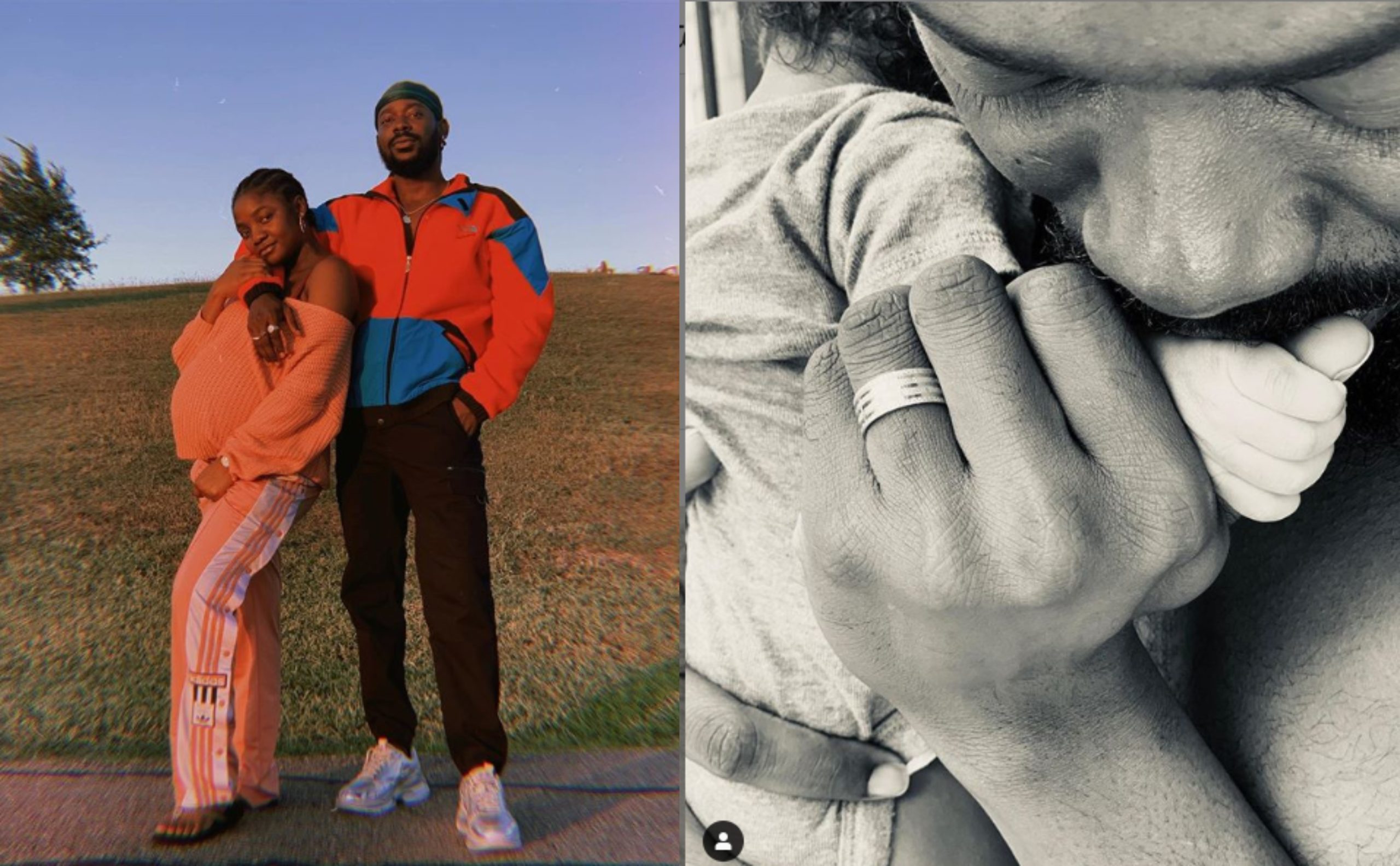 A Nigerian man simply identified as Wisdom Obi Peter on Twitter has taken to troll Adekunle Gold, his wife, Simi and their new born baby, Adejare.

The is singer who had her baby on the 30th of May, however announced it just yesterday on her Instagram page.

Reacting to the news, the troll tweeted bizarre things against mother and child.

He vowed that he was going to rape Adejare whenever she turns 18.

Peter called both simi and her husband stupid and hoped that the baby does not end up like them.

Wisdom also slammed Adekunle Gold and Simi for naming their daughter, Adejare. He said it would have been better if they named her ‘stupidity’. 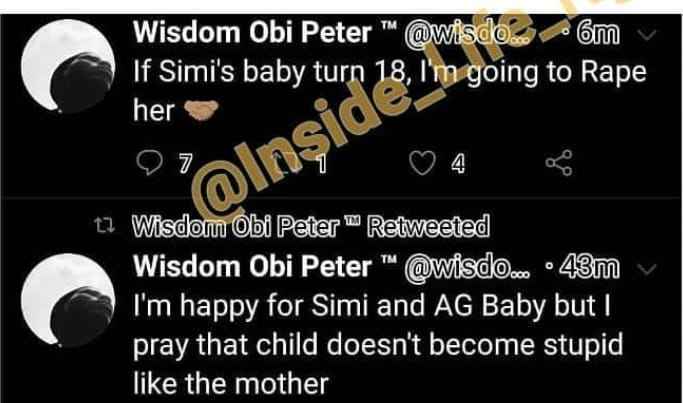 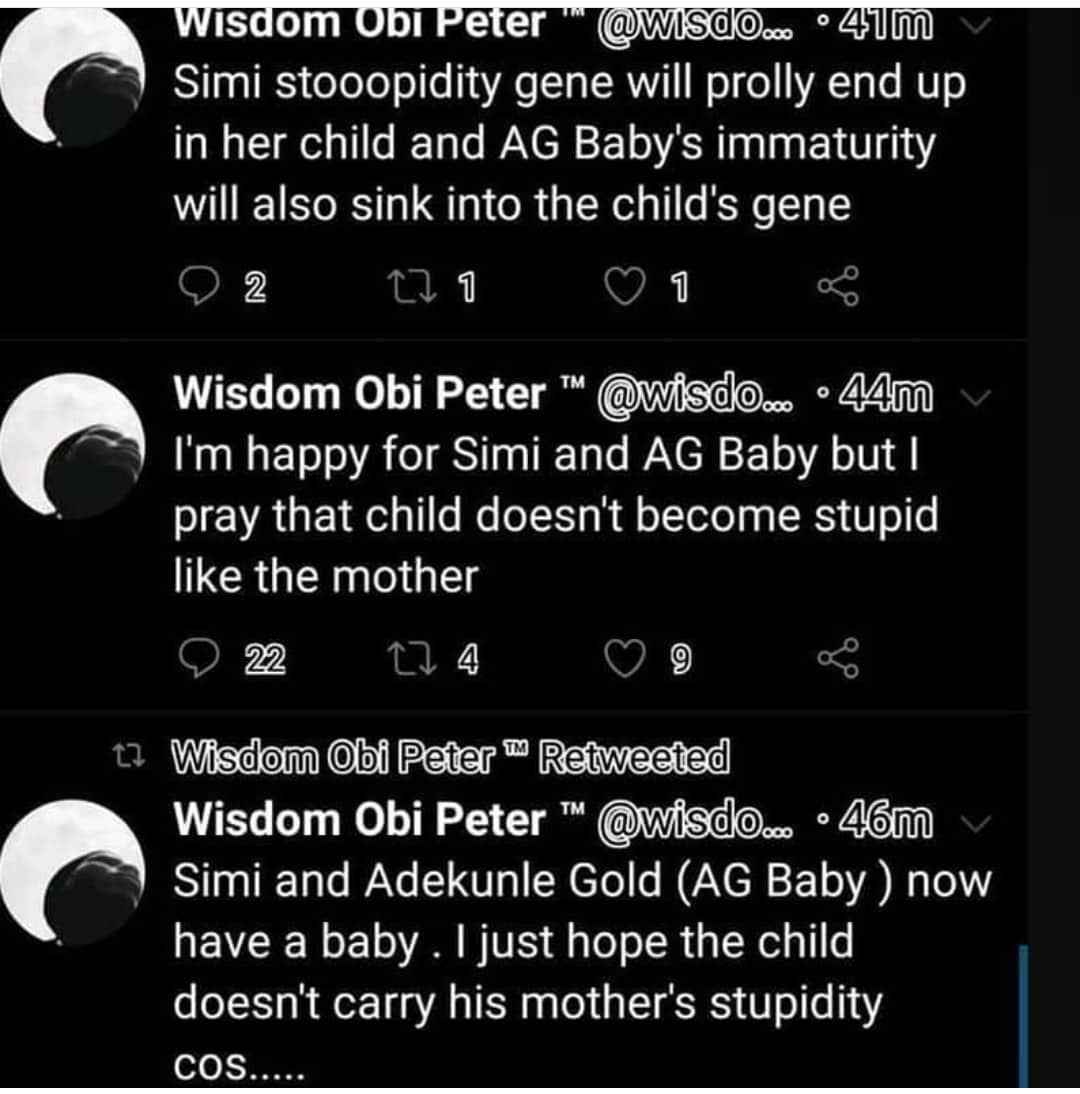 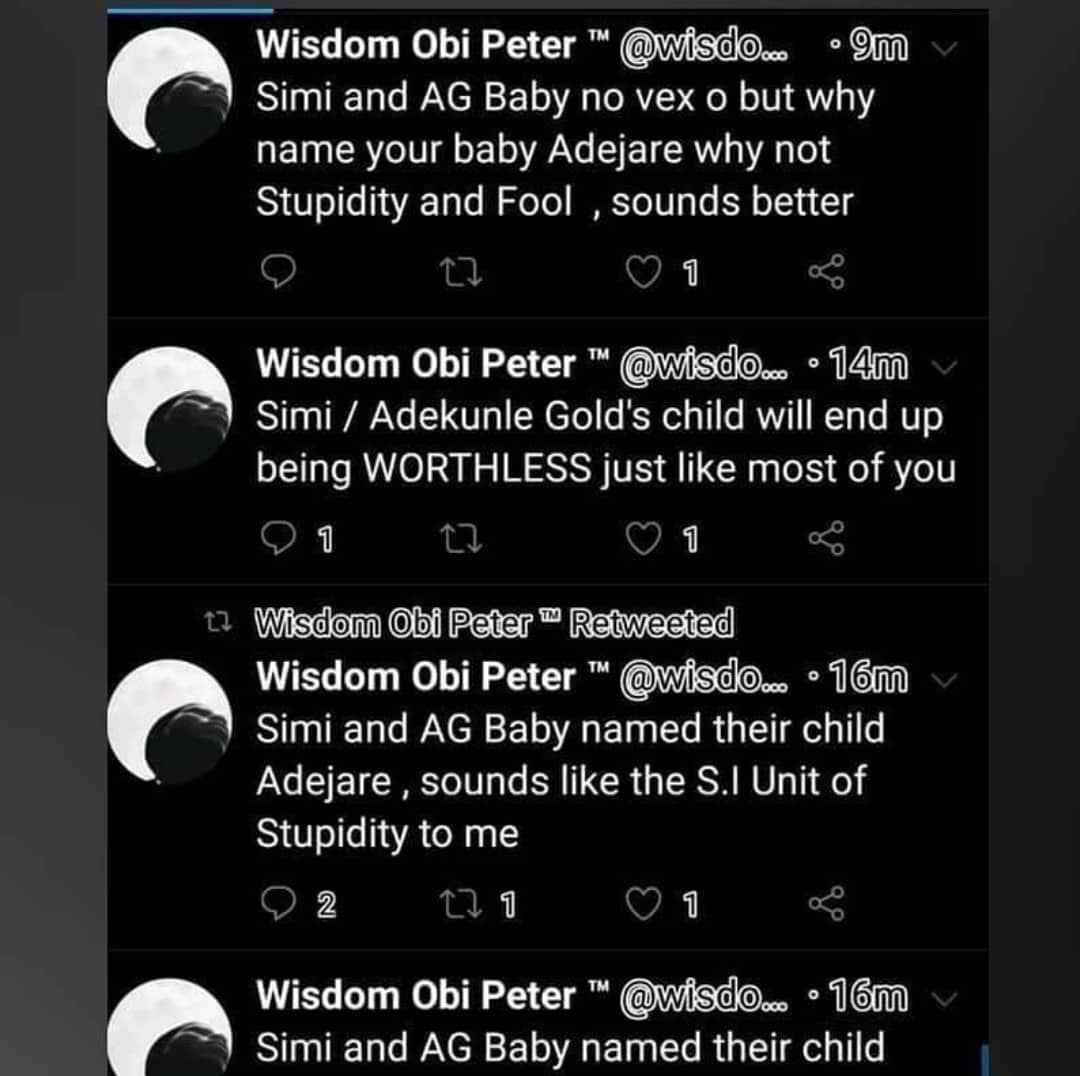