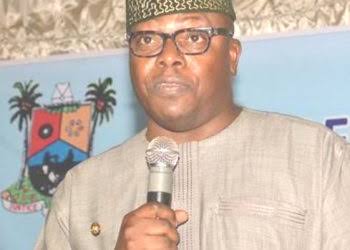 Naija News has learnt that the next Oniru of our is the person of Gbolahan Lawal, Lagos commissioner for agriculture and former aide-de-camp (ADC) to Bola Tinubu.

As reported by TheCable Lawal resigned his appointment as commissioner this afternoon, while preparing to take over as the first-class monarch of Iruland, which covers Victoria Island, Lagos state.

Since the former Oniru, Idowu abiodun, died at age 82, in 2019, there has been various controversies on who occupies the seat.

There had been an arguement on who becomes king between Adesegun, a former commissioner and son of the late ruler whom some chiefs had reportedly endorsed, and Hakeem Ajasa, a retired police officer also endorsed by a part of the royal family.

Sources, however, told TheCable that while Ajasa was the favored, there was no compromise within the family.

Lawal, who was in the running before, is now the most favoured for the throne.