The leader of the Indigenous People of Biafra (IPOB), Nnamdi Kanu, has again insisted that President Muhammadu Buhari is dead.

Naija News reports the IPOB leader, who is on exile, released pictorial evidence to back up his claim that “Buhari is no more” on Wednesday, June 3, during a live broadcast on Radio Biafra.

Kanu released a group picture of President Buhari and Bukola Saraki, a former President of the Nigerian Senate and Femi Gbajabiamila, the current Speaker of the House of Representatives and said the “picture is a confirmation that Buhari is no more.”

The IPOB leader, who is also the Director of Radio Biafra, alleged that the fact “Buhari is no more” is the “very reason they left Bukola Saraki alone.” Saraki at some point had issues with the Federal Government and the ruling All Progressives Congress (APC) after he decamped to the Peoples Democratic Party (PDP), Nigeria’s ruling party.

Kanu said: “This very picture is a confirmation that Buhari is no more. “This is the very reason they left Bukola Saraki alone.”

Below is the pictorial evidence the IPOB leader gave… 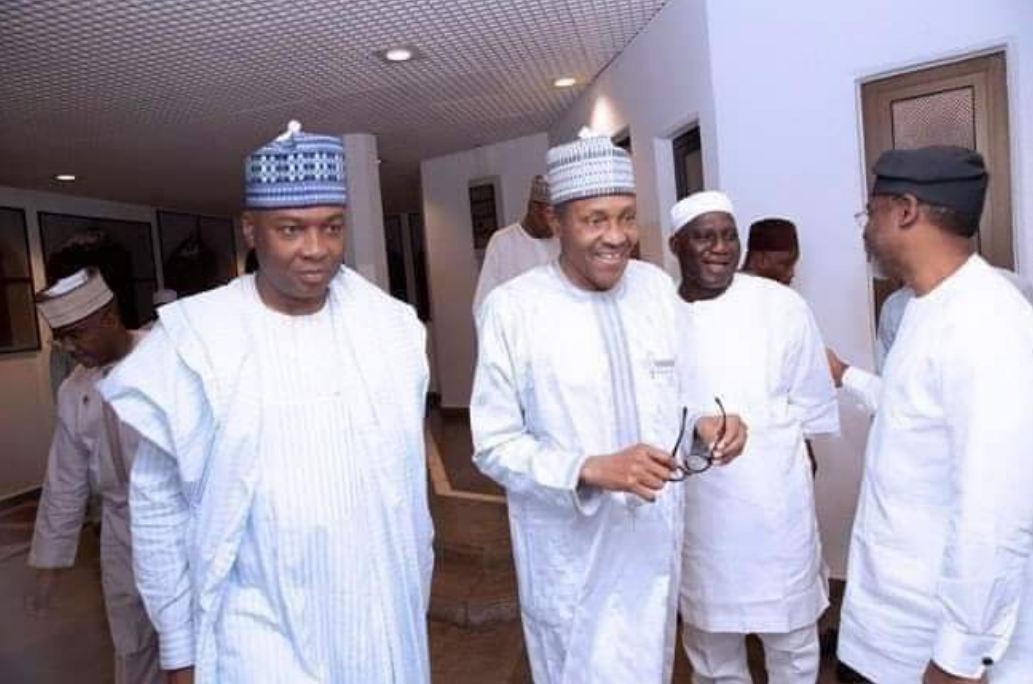 Meanwhile, Naija News recalls that since Nnamdi Kanu resurfaced in Jerusalem, Israel two years ago, he has been alleging that President Buhari is dead and had since been replaced by Jubril Al-Sudani from Sudan, a claim which the President debunked.

President Buhari had said in reaction to Kanu’s claims that those spreading the rumours about his health and identity were ”ignorant and irreligious.”

”A lot of people hoped that I died during my ill health. Some even reached out to the vice-president to consider them to be his deputy because they assumed I was dead.

“That embarrassed him a lot and of course, he visited me when I was in London convalescing… It’s [the] real me; I assure you,” President Buhari had said.

VIDEO: ” President @MBuhari’s response to the rumors [by ignorant and irreligious people] of him being cloned.

“…Somebody just thought I am cloned, …it is real me I sure you.” pic.twitter.com/TCU6Bzziw4