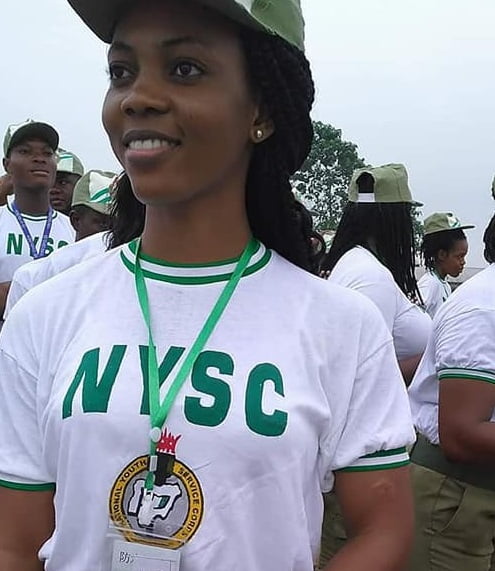 A serving member of the National Youth Service Corps, NYSC in Rivers State has reportedly died after a few days of receiving treatment in the hospital following an incident that took place in her abode.

Reports reaching Naija News at this time confirmed that the young lady whose name is identified as Atiye Florence Aduke died during last weekend at a hospital in Abua Odual Local Government Area, her Place of Primary Assignment.

According to the report, Florence who is a member of the 2019 Batch C, Stream 2 of the Nigerian youth program had smacked her head through the wall of her apartment on May 27 and slumped. She was, however, rushed to the nearby health care centre where she finally gave up the ghost on Saturday, Naija News learnt.

The death of the young serving corp was described as painful by friends and loved ones as they took to the social media each to express their heartfelt.

Reacting to her exit, her sibling, Atiye Olawale who disclosed the incident of the social media, shared his last conversation with the deceased.

He wrote; “Painfull exit, Atiye Florence Aduke u told me that I should come and visit you once u come back from Port Harcourt to Lagos of which I make move, before getting there, u call me on my way that “Bros Wale” don’t bother yourself ‘I will be fine’ but greet our mother for me till I come back from my journey. Not knowing that u are saying your last word.”

Meanwhile, another 18-year-old lady, simply known as Barakat has been raped and killed by her rapist in her home in Ibadan, Naija News reports.