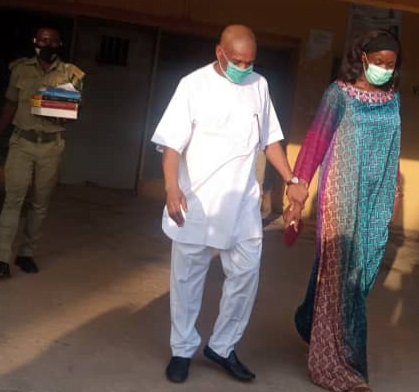 Orji Uzor Kalu, Former Abia State Governor has been set free from prison, few months after he was sent to prison.

Liman had also signed his warrant of Release and transmitted it to prison authorities.

Kalu walked out of Kuje Prison today after the completion of his release formalities.

He set aside the trial, conviction and sentence of the former governor to 12 years imprisonment on December 5, 2019.