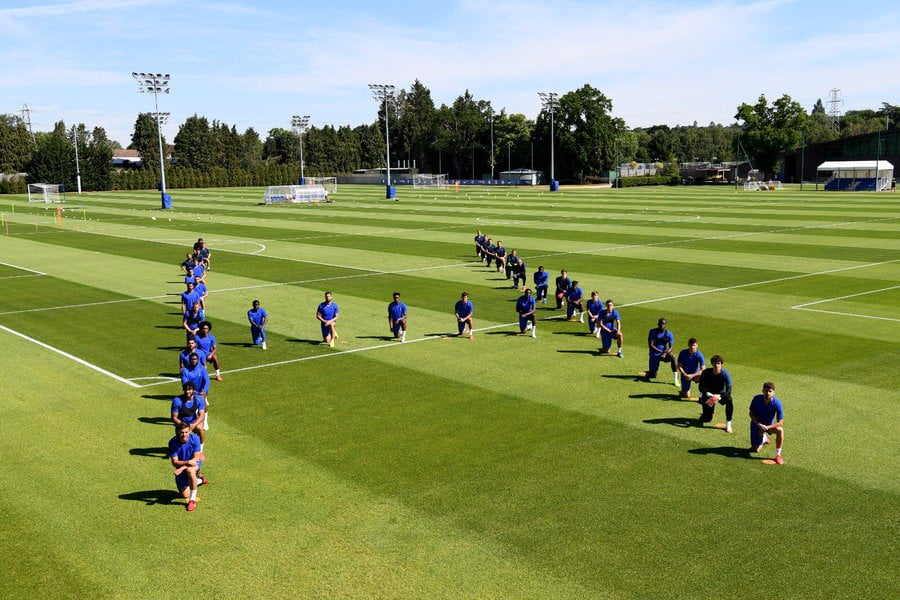 Choked by a police officer during his arrest on May 25 in Minneapolis, Minnesota, George Floyd had finally died. The death of the 46-year-old black man makes the United States talk.

Just like many goal scorers this weekend in the Bundesliga or even Liverpool, the Chelsea club also decided to support the #BlackLivesMatter movement.

Before their training on Tuesday morning, the players and the staff of the  Blues posed, knee on the ground, forming the H of “Human”. one more strong gesture

Before training at Cobham this morning, the Chelsea players and coaching staff formed the letter H, for humans, and knelt in a show of support for the #BlackLivesMatter movement. pic.twitter.com/yI6kAywa93